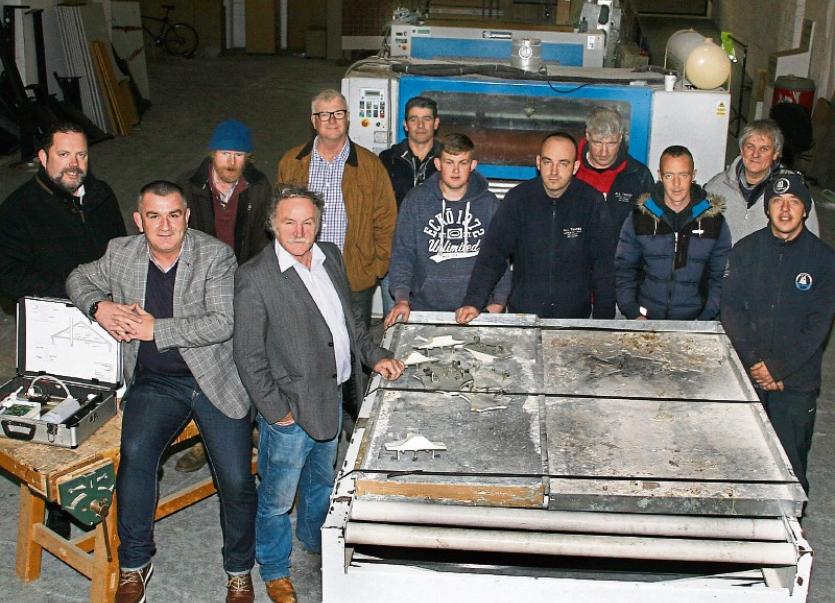 A LIMERICK city centre facility which offers training to disadvantaged youths has taken its first steps to offering jobs in the manufacturing industry.

Bosses at Limerick City Build, located in the Cahill May Roberts building at Bank Place have linked up with British businessman Andrew MacKenzie, who is to train youngsters in the manufacture of insulation panels for housing.

The centre has taken delivery of one such machine, with nine more to follow should the scheme get off the ground.

Initially, 12 people – in two groups of six – will be trained.

But there are hopes that this number could rise into the hundreds, says City Build chief executive Ray O’Halloran.

“These machines manufacture panels, three metres by 600 for the insulation of homes. It can produce 30 sheets per hour providing insulation for external walls. It’s enough for around 800 homes in one machine,” Mr MacKenzie, who hails from Leighton Buzzard in Buckinghamshire said.

Mr O’Halloran added: “Initially, Andrew will be training local guys currently in City Build for the machine. Following on from this, there will be another crew which will be taught how to do the insulation. There are then hopes that ten more machines will be placed in an industrial estate. You could then be talking up to 250 jobs.”

The Corbally businessman has already secured planning permission for this light engineering at the Bays in Moyross.

Training of the youngsters on the insulation machines will kick off early in 2018 through Mr MacKenzie’s company, MacKenzie Electrical Services Ltd.

On top of this, Limerick City Build has teamed up with another company, ChimneySafe to train youths on this project – an automated fire suppression system for fireplaces.

Declan Moylan, who is also involved in the project, said: “We are going to train guys to operate this. We want to train them in Limerick, look after Limerick people and create jobs in Limerick. We’re going to manufacture the system in Limerick for export to the British market.”

He said Limerick City Build is on the look out for “capable, competent lads out there who are willing to take training on board”.

“The right attitude is all we need,” Mr O’Halloran added.

”The most important thing is that these two businesses are in the green energy area. At the moment, we are working out of Cahill May Roberts.

“But we have full planning permission for a 25,000 square foot training centre in Moyross,” he continued.

“It has been nominated as a green energy area, and we eventually hope to move out there,” he said.