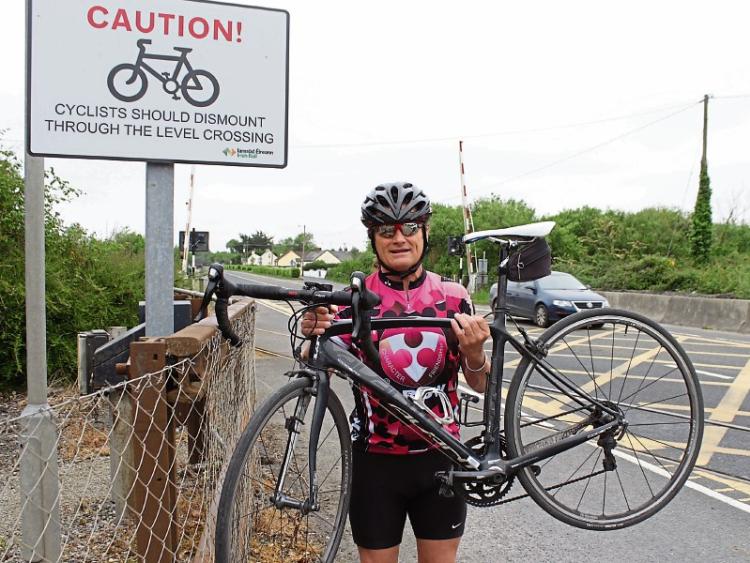 A DRIVER involved in an alleged hit and run incident with Limerick’s Mr Motivator Richie Clifford has made contact with gardai.

Mr Clifford was cycling with two others on the Old Dublin Road this Tuesday at 11am when the alleged collision occurred.

They were approaching the rail crossing near Herbert’s Pub, Sallymount, Castleconnell when Mr Clifford alleges a dark navy Fiat Punto hit a young rider within the group.

“He was on my outside so he was pushed into me and the both of us went absolutely flying. The road is 20 yards wide and we were both on the inside. I’d say we were fractions away from being mangled to death. We wound up in the middle of the road.

“If there was a car or truck coming behind we were dead. We are lucky to be alive. The car didn’t stop. It was a hit and run,” said Mr Clifford.

The student cyclist hurt his hip, shoulder, lower leg and his bike worth €4,500 is “smashed to pieces”. Mr Clifford’s shoulder was injured in the fall. The third cyclist escaped unharmed.

The well-known fitness instructor contacted Castleconnell gardai to make a complaint and contacted the Limerick Leader to appeal for the public’s help in locating the car.

This Tuesday evening, gardai confirmed the incident is under investigation.

A spokesperson for the Garda Press Office added: “The male driver of the car has been in contact with gardaí and statements will be taken from all parties over the next few days.”