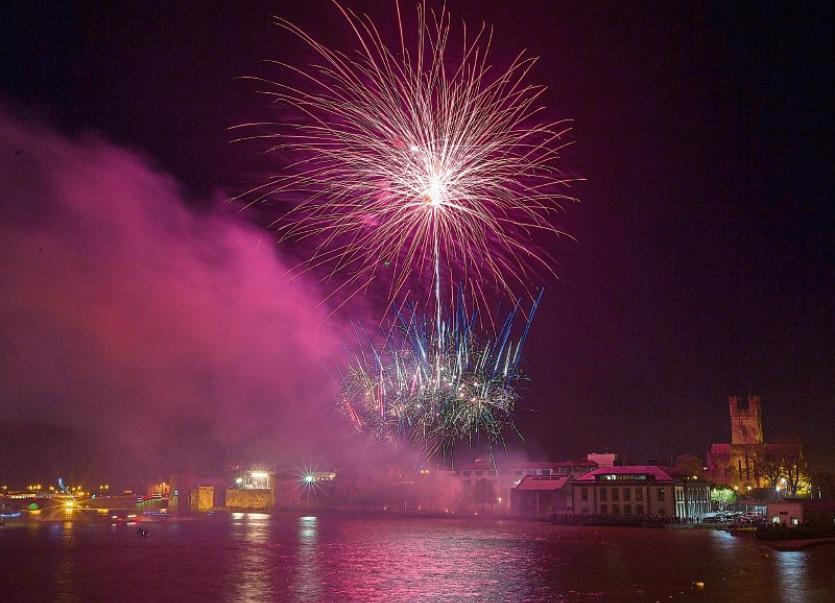 LIMERICK will ring in the New Year with a bang for the first time in five years, as a fireworks display is planned for the eve of 2018.

The city has not had fireworks for the New Year since the 2014 City of Culture was launched, on New Year’s Eve 2013.

An announcement by Limerick City and County Council said that “the skies of Limerick will transform into an explosion of colours during the spectacular New Year's Eve fireworks extravaganza”.

According to the announcement, there will be musical entertainment from 8.30pm followed by the fireworks display at 9pm.

There will be a viewing point at Clancy Strand.