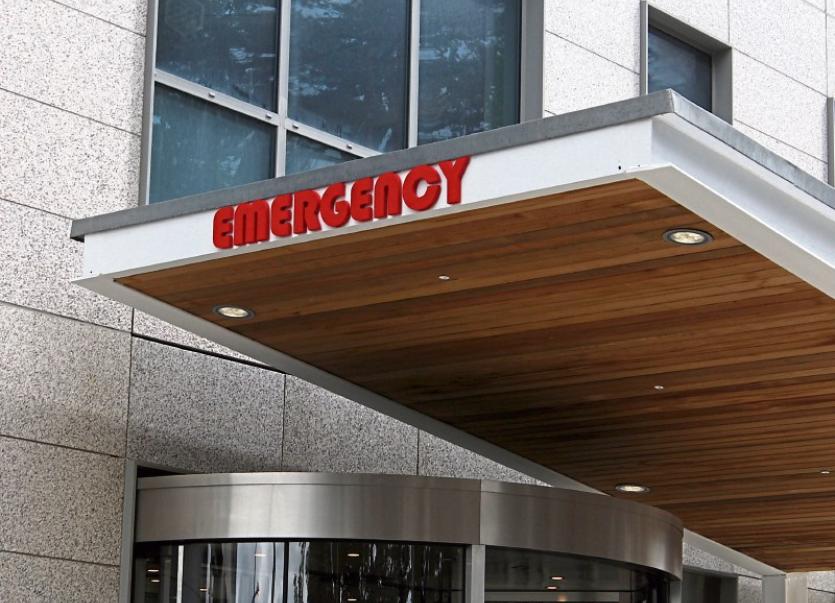 THE OVERCROWDING crisis at University Hospital Limerick has been described as “spiralling out of control” after a nursing home resident spent “three days” on a trolley this week.

In one of the busiest weeks in years, there were 292 patients being treated in the emergency department, on trolleys and additional trolleys or beds in the wards at the Dooradoyle hospital.

This is significantly higher than the average weekly overcrowding rate at the only emergency department in the Mid-West, serving 400,000 people.

The average overcrowding in any given week tends to fluctuate between 150 and 200.

However, UHL had to endure severe overcrowding following a busy Bank Holiday weekend. At 8am on Monday, there were 73 patients on trolleys – the highest overcrowding rate since March 2013.

Deputy Niall Collins told the Limerick Leader this Friday morning that the situation at UHL is “spiralling out of control” and is “very, very concerning”.

Deputy Collins said that there is “fear of being abandoned on a trolley indefinitely”.

He said that he received a text message from a constituent, whose aunt, who resides in a nursing home, has been on a trolley for three days.

“The hospital senior management needs to engage with the public as to why people are languishing on trolleys for such long periods of time.”

“People are avoiding taking themselves to the hospital because of the ongoing reportage of the hospital crisis,” he said.

Sinn Féin TD Maurice Quinlivan said that the situation is “obviously very shocking to hear”. He called for an increase in the bed capacity at UHL.

Emergency consultants have argued that unless bed capacity increases at UHL, overcrowding will persist. UHL turned the former emergency department into a 17-bed short stay unit, but these are fully-occupied.

In relation to the Bank Holiday overcrowding, a spokesperson for UL Hospitals Group stated:

"There were above average attendances late last week and though the weekend including high numbers of seriously unwell patients requiring admission.

“In the 24-hour period until midnight on bank holiday Monday, October 30, there were 166 attendances at the ED. On the same date, five patients were waiting in the ED for in excess of 24 hours.

At 8am on Monday, October 30th, there were a total of 73 patients present in the department. This included 35 admitted patients waiting for a bed. Please note this figure (73) also included ambulatory patients at that time being assessed and treated before discharge."

“There are in total 49 single rooms or designated bays for various categories of patients in the ED. UL Hospitals Group regrets that any patient has to face long waits in our ED during busy periods and a number of measures are taken to relieve pressure on the ED in line with our escalation plan,” he stated.

The UL Hospitals Group has been contacted in relation to the overcrowding this week.