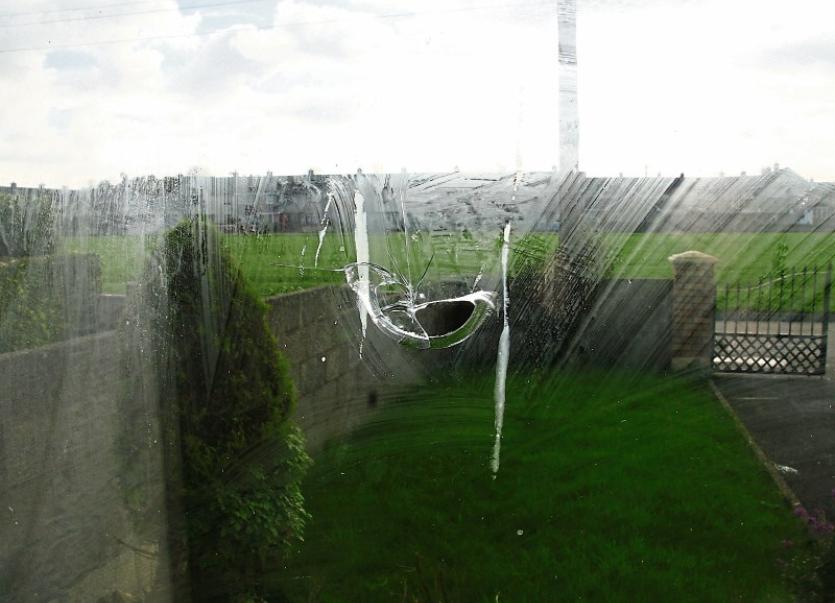 Damage to the window of the woman’s house in Garryowen

GARDAI are investigating an incident of criminal damage in Limerick city in which a woman in her 60s was subjected to hours of damage being caused to her home on Halloween night.

The woman, who wished to remain anonymous, lives by herself in the Garryowen area, and was forced to call Henry Street gardaí after a group of youths smashed her rear windscreen with a plank of wood, she said.

She said that while one garda was standing outside her house, someone “let off a massive rocket” nearby. “He then chased them down the road.”

She said that there were four young females and six young males in the group.

“They came back later on. And it was absolutely desperate down here. They were running up and down and throwing eggs. They threw stones and one broke the window in the front of my house as well. That’s the way it went on until around 11.30pm,” she said.

“There was a group of thugs passing my house, and whenever one of them passed, they would throw something at my house.”

She told the Leader that she is so devastated after the “terrible night”, that she is considering moving out.

“I am absolutely scared. It is no joke, especially when you are living on your own. It was terrible. That was my night and it was awful. I didn’t realise that they had done such damage.”

Limerick Fire Service responded to three bonfires in the Garryowen area, between Monday night and Wednesday morning. In one bonfire, a mattress, wheelie bin, shopping trolley and rubbish were set alight.