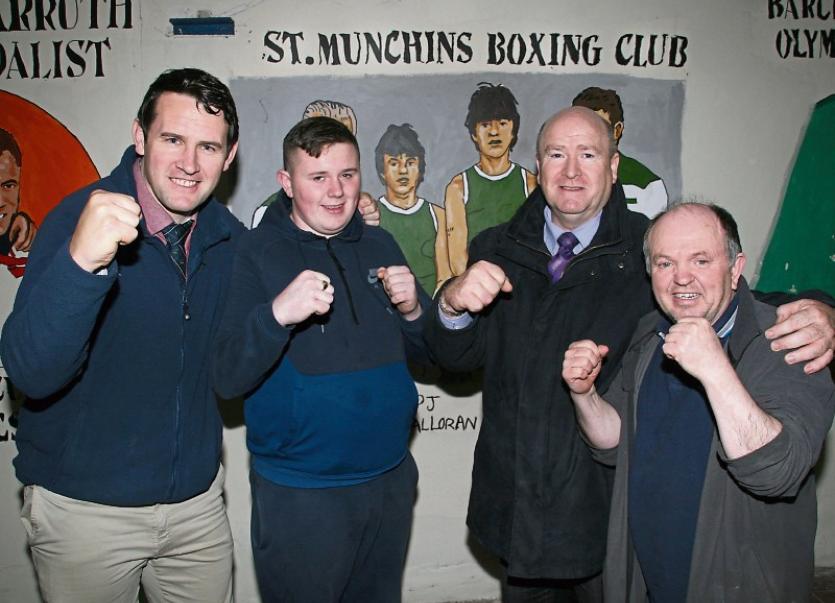 As revealed by the Limerick Leader, St Munchin’s Boxing Club at Thomondgate and Our Lady of Lourdes in Glentworth Street have formally merged. It followed a Friday night meeting at Limerick Youth Centre’s new premises in the heart of Ballynanty.

A new ‘superclub’ has been set up in the old St Munchin’s Boxing Club in Thomondgate’s High Road, which has received a refurbishment, and is set to reopen in the coming weeks.

Over 100 aspiring pugilists will be based at the group, which will be called Our Lady of Lourdes-St Munchin’s Boxing Club.

Former amateur boxer Pat O’Halloran, the chairman of the newly formed club, has been working alongside Independent northside councillor Frankie Daly to deliver the project which links the southside to the northside.

“Communication has been the biggest letdown for young lads coming up in the world. Through boxing and other sports, they can learn to respect and understand each other. The young fellas coming to and from our area: it won’t be a knife or a gun they’ll be using. They will be engaging in sport. They will talk of positivity and not negativity,” Pat predicted.

This in turn will lead to increased safety in the community, he added.

Cllr Daly said he hopes the ribbon will be cut in the St Munchin’s building in a matter of weeks.

“The place has been fully painted up. Mike Kirwan of Limerick Paint Supplies has been very supportive of us. He is always supportive of schemes which will get young people off street corners, and put them in a positive direction and for that I’d like to thank him,” Cllr Daly told the Chronicle.

Pat says they will work hard to include everyone in the new club.

”This is about all kids, giving them a place to come, and making the rest of the community feel comfortable too. We are going to include everyone. We have a Travelling community, and they might not be let into some boxing clubs. But we will welcome them. We want to bring a bit of discipline and respect back,” he said.

Metropolitan mayor Sean Lynch has also been involved in the project, putting up his own money to pay the ESB to reconnect the electrics supply, while Limerick FC chairman Pat O’Sullivan will also fund heating.