Hats off to Limerick garda for bravery award 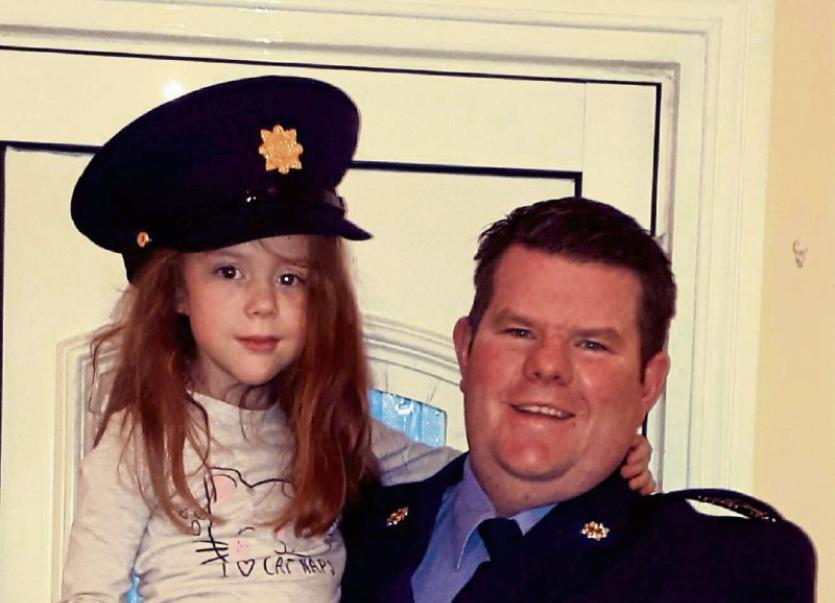 A COURAGEOUS Limerick garda who put his on life on the line to save a woman trapped in a burning car has been honoured with a national award for bravery - his second such award in five years.

Those in attendance at the National Bravery Awards ceremony at Farmleigh House in Dublin’s Phoenix Park, heard how Garda John Hennessy from Kilmallock with three colleagues, gardaí Alan Hayes, Mark Holden, and JP O’Sullivan, assisted in keeping a woman alive in her burning car until fire brigade personnel freed her.

All of the gardaí, who were based in Clonmel at the time, were awarded bronze medals and certificates of bravery.

After finding it impossible to get the unconscious woman out of the car, they took turns in the vehicle to ensure her airways stayed open.

“The initial call came in for a road traffic accident in relation to a collision that occurred at Rathronan (County Tipperary),” Garda Hennessy told the Leader this Wednesday.

“As we got close we learned that the lady was trapped inside in the car and there was the possibility that the car was after going on fire.”

When Garda Hennessy and his colleagues arrived on the scene, back in July 2012, they observed the front of the car on fire and began their attempts to free the woman, who was aged in her 30s, from the vehicle.

“She was at the driver’s side and was wedged into the car so we couldn’t get her out. She was unconscious so we took turns going in and out of the car to keep her airways open while the car burned down around us and then the petrol tank exploded. There was a bit of a bang, we kept her airways open and thankfully she survived.”

According to Garda Hennessy, the magnitude of what he and his colleagues had done, in risking their lives to save the young woman, didn’t enter his thoughts until well after the successful rescue effort was complete.

Garda Hennessy was supported at last Friday’s ceremony by his parents Michael and Philomena.

His wife Nicola was supporting her husband from their home in Kilmallock where they live with their little girl Aimee, 5.

Aimee has also made the headlines in the past – the little girl was so small at birth that her father’s wedding band could fit around her arm.

Aimee was born weighing a mere 1lb 3oz but is now a happy-go-lucky child enjoying her first weeks in big school.

“She took possession of the medals when I came home. She said she is the bravest girl,” smiled her proud dad.

This is the second time that Garda Hennessy, who is now based in Tipperary town, was honoured for acts of bravery in the line of duty.

He had previously received a silver medal for risking his life by entering a burning house at Ballyclerihan outside Clonmel to save a man’s life in November 2010.

“It is one thing to get one medal but to get two is totally unexpected. It’s a pleasure to come to work every day,” he said.