Life's tragedies heard in a day at Limerick Coroner's Court 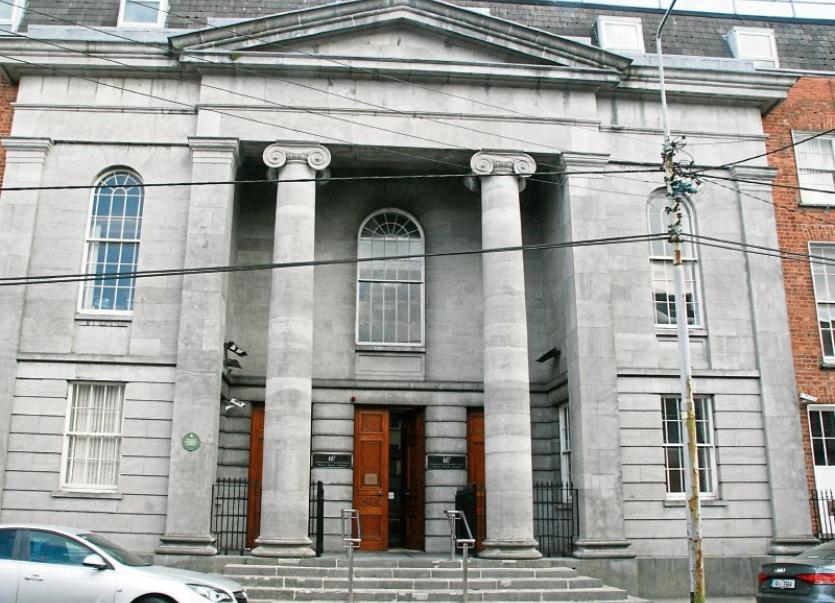 ONE by one, families slowly make their way across the floor of Limerick Coroner’s Court on Catherine Street.

Frequently, a member of An Garda Siochana gently navigates their path, and points to an appropriate seat, where they might best hear details that no family ever truly wants to hear.

They pull their coats around them, and forcibly hold hands with their next of kin, before taking a deep breath, as a garda takes their seat and outlines what happened that morning, or that night, when their world changed.

For some, the solemnity and quietness and compassion in this courtroom is overwhelming in itself.

Coroner John McNamara is at pains to guide them through what can be a technical and medically complex process, full of scientific jargon they may not understand – in this most emotive of situations.

Many come desperately searching for answers; others do not seek them because they feel they may already know the unpalatable truth.

But there is nothing normal about this situation, not for anyone.

“I don’t believe my daughter took her life. She wouldn’t do it,” said one mother, in her deposition, which was read to the court on her behalf.

Disbelief accompanies many, if not all of the cases heard.

How could someone exist, kiss you on the forehead and wave you goodbye one day, and the next, their existence is no more than a memory?

The family of this young Limerick woman, a mother of three, learned of the details of how she drowned in the river. But it still didn’t make any sense.

“The CCTV cameras showed her one minute, then they spanned away and the next, when they turned back, she was gone,” cried out her sister.

The deceased, who had been suffering from depression and was attending counselling services for years, took her children to school that morning and later said goodbye to her mother on a city street.

That morning, she got up at 8.30am, gave her husband a kiss on the cheek and told him she’d “see him later.” There was nothing untoward in the behaviour, her family observed.

She didn’t have a passport or a bank card, and had only been married to her partner of 10 years for just a few months. She was later seen looking out over the River Shannon and had been there for some time. Her body was later discovered in the river by members of the Limerick Search and Rescue team.

Dr Gabor Laskai, a pathologist with the University Hospital Limerick, told the court that a high level of cocaine – within the lethal range – was found in her bloodstream, following the autopsy.

The cause of death, he said, was due to drowning, in accordance with the toxicology report. Valium was also detected in her system, though the level was within the normal range.

Mr McNamara said he did not believe this was a case where a verdict of suicide was warranted, which came as a relief to the family. “Nobody saw it happening. The only appropriate verdict is an open verdict,” said Mr McNamara.

The deceased’s mother wished to thank the search crews “from the bottom of our hearts for bringing her home.”

Garda Kevin Motherway gave evidence in a second hearing of a woman, a mother of two, found collapsed in a spare bedroom in an apartment in the city. A number of used and unused needles were found at the scene, as well as a small quantity of suspected heroin.

Dr Laskai said the toxicology report showed that the level of morphine was within a fatal range, while there was also a high level of alcohol and other relaxant drugs also used for recreational purposes. The cause of death was due to cardiac failure as a result of a heroin overdose.

“Did she have her demons,” asked Mr McNamara. The family all nodded their heads in agreement and concurred.

Her death was not an intentional act, he said, but “an unfortunate coming together” of all the different substances which led to her “untimely death”. A verdict of misadventure was deemed appropriate.

This May, gardai with Henry Street station were called to an apartment in the city, where two sons found the body of their father, who was aged in his 60s.

They had become concerned for their father’s safety and welfare, as they had not seen him for days, though when they last saw him they believed him to be in “good form.”

A priest was called and prayers were said at the scene.

Dr Lazkai said that the level of therapeutic drugs was in the normal range, and there was no alcohol detected in his system.

Their father, they said, suffered from depression, bipolar disorder and schizophrenia.

“Sometimes there are no warning signs, it comes out of the blue and there is nothing you can do,” said Mr McNamara to the family. In this case, the appropriate verdict to bring in was suicide.

An elderly gentleman made his way into the courtroom, accompanied by a next-door neighbour. Gardai from Roxboro Road were called to the scene of his home this April. His wife, aged in her 80s, died after choking her food, when it travelled into her lungs.

Mr McNamara said her death was due to natural causes, while the medical verdict was recorded as aspiration of food matter or choking. Out of politeness, not policy, Mr McNamara asked him about his late wife and her health.

“All her food had to be mashed up with plenty of soup or gravy,” he explained, as she had been on a semi-fluid diet due to her health. She was also suffering from dementia.

“She sat up, looked at me, then laid back and stared into space,” he said, adding that he immediately called the emergency services.

She had struggled to alert her husband to her sudden crisis, as he sat near her watching TV. “For a long while her speech was gone. The only way we knew she was happy was if she’d smile.”