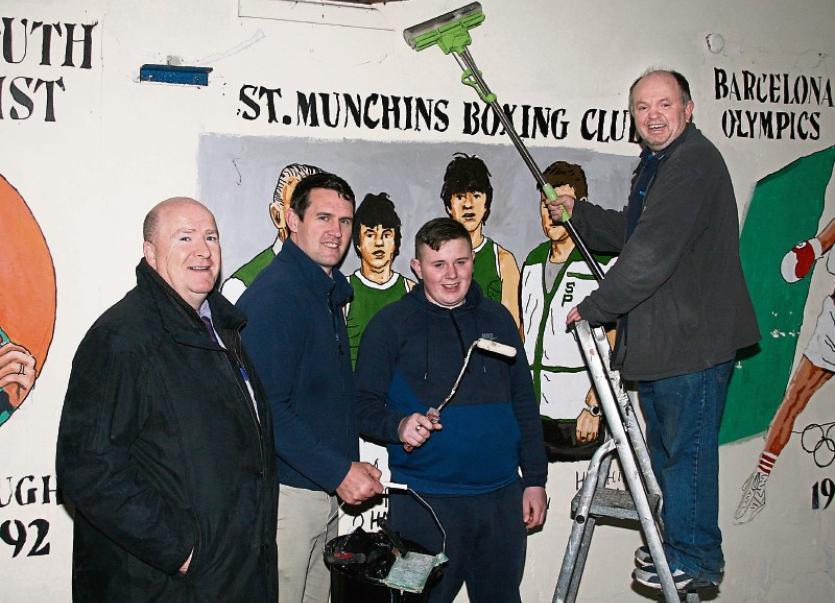 PLANS are in place to merge two city boxing clubs – one on the northside, the other on the southside.

Proposals to amalgamate the Our Lady of Lourdes boxing club on Glentworth Street – which is facing homelessness– and St Munchin’s Boxing Club in Thomondgate are to be discussed at a meeting in the Ballynanty Youth Club this Friday evening.

If as anticipated, the proposals go ahead, the two clubs could join together to form a ‘superclub’ in Limerick, accommodating up to 100 members.

Metropolitan mayor Sean Lynch, and Independent northside councillor Frankie Daly have been working together to bring the two clubs together.

Cllr Lynch has put up some of his own money to pay the ESB to connect St Munchin’s Boxing Club, and Cllr Daly says Limerick FC chairman Pat O’Sullivan is funding the heating of the facility.

“It’s as if somebody just wanted this to happen,” the metropolitan mayor says, “the fact is, Our Lady of Lourdes had to vacate their premises, St Munchin’s did not have a premises, and they have come together to merge and have the one boxing club in Thomondgate.”

Cllr Daly, who is the president of St Munchin’s Boxing Club, added: “We’re creating the conditions where young people can grow and develop. We have a facility here which has not been used in over ten years. Now work is well and truly on to get it up and running. The place has been painted, and we’re just waiting for the ESB to turn on the electricity.”

Despite the two clubs coming from opposite sides of the Shannon, Cllr Daly does not believe there will be any lingering rivalries.

“All the differences will be left outside the door,” he said, “This will get kids off the streets from both the northside and the southside.”

Cllr Lynch, a former detective garda attached to Roxboro, added: “Good news like this brings people together. This is a very good news story, and it just shows what can happen when people put their heads together.”

It is hoped to help the ongoing development of the merged boxing club – which has a provisional name of Our Lady of Lourdes/St Munchins – some €20,000 will be donated from the council’s General Municipal Allocation.

Alternatively, Cllr Lynch is hoping for regeneration funding for the project.