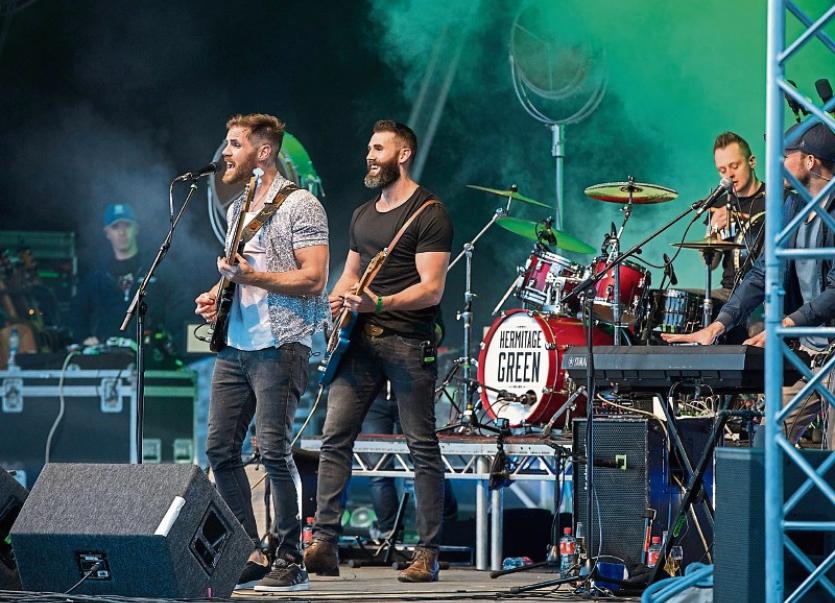 The UK broadcaster played out Tuesday night’s Carabao Cup match between Swansea and United to the tune of Lions Share, the band’s latest single.

“Thanks to @SkySportsPL for playing Lions Share at the end of the @ManUtd V @SwansOfficial tonight. Surreal moment!!! #goonmyson,” they tweeted.

Thanks to @SkySportsPL for playing Lions Share at the end of the @ManUtd V @SwansOfficial tonight. Surreal moment!!! #goonmyson pic.twitter.com/uPe8HSivBK

The group are currently in Dubai on tour before heading to Australia, but Barry Murphy told the Leader they were "delighted" with Sky playing the song. The winter tour dates also take in Singapore, the UK and Ireland.

The single is on the band’s new EP Gold and Rust, which was released on October 20 and is available for download now.

G O L D & R U S T is out across all platforms now https://t.co/NuIMLDI4g1 pic.twitter.com/ViutFsJkiG

Hermitage Green have had quite a year since releasing debut album Save Your Soul, playing at Electric Picnic, a sold out headline show at King John’s Castle in their native city and a second headline, sold out show at Dublin’s Olympia recently.