Fundraiser for Limerick dad in US hospital with brain injury 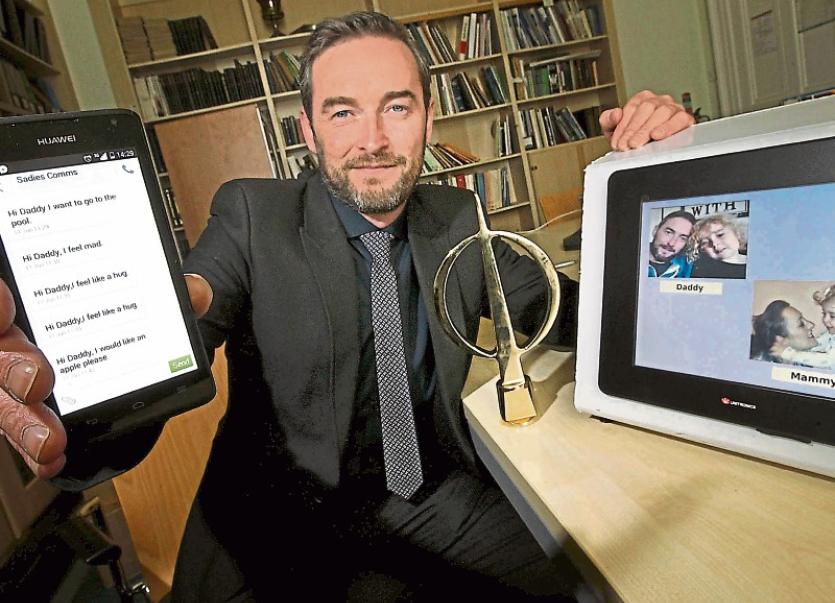 Robert Laffan, 40, from Limerick city, suffered serious head trauma and a brain injury while attending a tech industry conference in the US

A FUNDRAISING campaign has begun to help a Limerick father and former Person of the Month recipient who is in hospital in the US after suffering a skull fracture and a brain injury.

Mr Laffan, who has received multiple awards for creating a device which helps non-verbal people communicate to the world around them, was there to promote the product he developed, inspired by his efforts to give his autistic daughter to better life.

Mr Laffan fainted at the conference and fell back and hit his head, which resulted in a skull fracture. It later emerged that he had also suffered two bleeds in the brain.

While he initially recovered in hospital, he then began to suffer headaches, was in a confused state and was immediately placed in intensive care once doctors realised the severity of his condition, and the underlying bleeds.

His family told the Limerick Leader this Tuesday that while his condition was now stable, the severity of his injury will need to be monitored constantly and he may yet need surgery.

“Rob has a long road to recovery ahead, and will need to stay in the States for at least a month more, and will need rehabilitation therapy for some time. We are very thankful of the incredible and amazing support we have received from many people in Ireland and the US,” explained his brother-in-law Don Sims.

In August 2015, Mr Laffan received a Limerick Person of the Month award after developing his touchscreen device, Tippy Talk, which enabled his daughter Sadie, now aged six, to request various items and also to express how she is feeling.

It is now available on the App store and on Android.

The Fairgreen native was in second year of his degree course in Industrial Automation and Robotic Systems in Limerick Institute of Technology when he developed the creation.

He also won the Engineers Ireland Innovative Student Engineer of the Year Award 2015 and Enterprise Ireland Student Entrepreneur of the Year 2015 for his creation.

Mr Laffan’s wife of ten years Emily is with him in the US, and his daughters Megan, 21, and Sadie are in Ireland with family.

“Sadie has severe autism and needs around-the-clock care. She needs her parents home, so please help with whatever you can spare,” pleaded Mr Sims.

The family is seeking to raise €5,000 for his treatment and close to €2,500 has already been raised to date through public donations.

A table quiz will be held to raise further funds in the Spotted Dog pub in Janesboro on Thursday, November 2, from 8pm. All are welcome to attend.

A number of other fundraisers are being planned for the coming months.

Rob Laffan from @tippytalk had a serious accident in the US. There's a GoFundMe set-up to support him here. https://t.co/cLHat2bOaF pic.twitter.com/yyzreBAbAM

A good man with a good family and friends who needs and deserves your help. Please do what you can for the man behind @tippytalk #Limerick https://t.co/7OilSflYNU