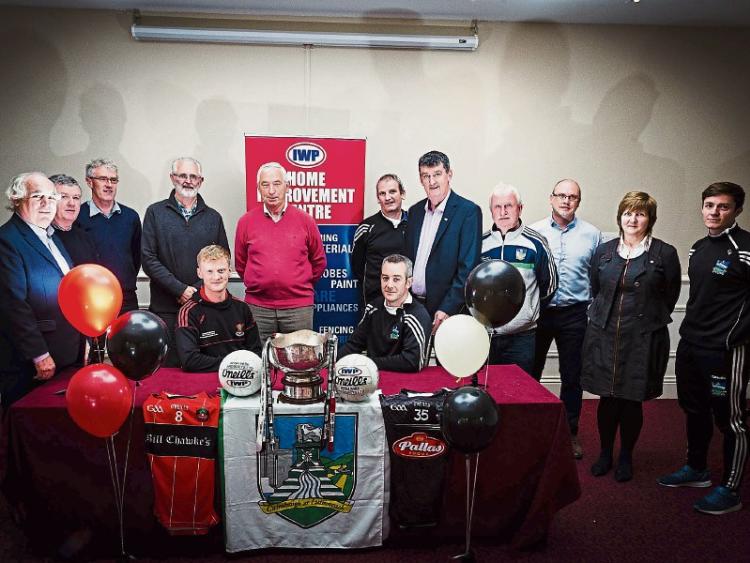 Players and mentors from both sides at the launch of the Irish Wire Products Senior Football final Picture: Keith Wiseman

AS TEAMS from Adare and Newcastle West prepare to go head to head this Sunday in the senior county football final, two vibrant communities are rallying around their local footballers.

Perhaps better known for its success on the hurling field, the young Adare side is prepared to put up a fight against an experienced Newcastle West team.

Chairman of Newcastle West GAA, Gerry McMahon, said that it's “a big weekend” for the community in Limerick’s county town.

“We are looking forward to it. It’s always a challenge to get back into the final so we are delighted with that.

“We’ll always go into a final with confidence, but we are up against a very strong and skilful Adare team, who are going to put up a very strong challenge.

“As any final goes, it’ll be whoever performs best on the day – any team that gets to the final is a good team.

“It should be a good game, it should be a close game, and hopefully it’ll be entertaining for the patrons,” added Mr McMahon.

Adare man Mr Hannon said that this season’s Adare team has captured the hearts and the imagination of local people.

“This team has taken to the hearts of people, they are doing us proud. To get to the final, they’ve done something right.

“Newcastle West have also done something right, so it’ll be tit for tat on Sunday, and hopefully they will come out on the right side of it.”