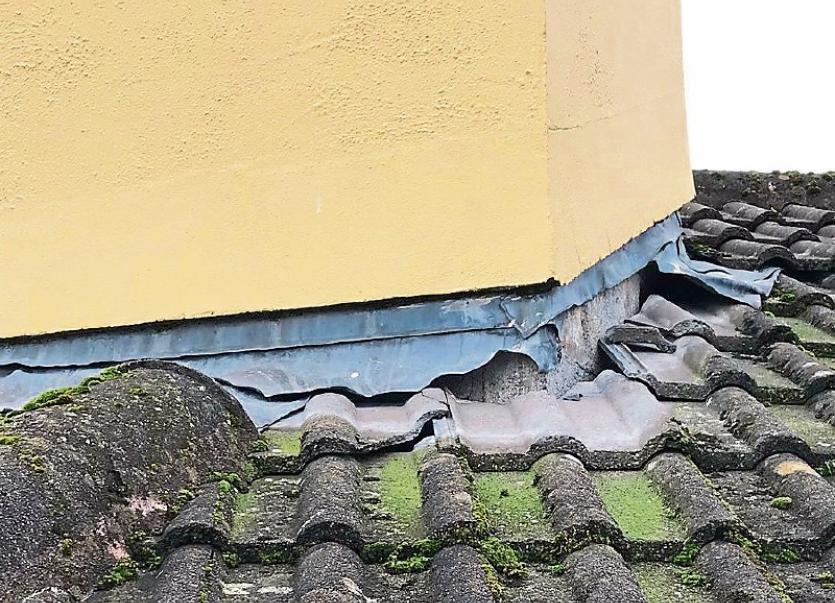 Abbeyfeale RFC posted this photograph of the damage on social media

A LIMERICK rugby club has taken to social media to highlight the theft of lead flashing from the rooftop of its clubhouse.

According to one committee member at Abbeyfeale RFC, the flashing, which is used to prevent water from leaking in around the chimney, was stolen in recent days.

“We only noticed it this (Friday) morning and it’s very frustrating altogether,” said past president Maurice Cotter who confirmed a formal complaint will be made to gardai in relation to the theft.

Separately, he says there have been “ongoing issues” in recent weeks with young people climbing onto the roof of the single-story clubhouse – resulting in a number of roof tiles being loosened.

Mr Cotter says the theft of the lead flashing is regrettable.

“It’s disappointing all right because there will be a cost to replace it (the flashing) and that money will come out of the members subscriptions and the proceeds of the weekly lotto,” he said.