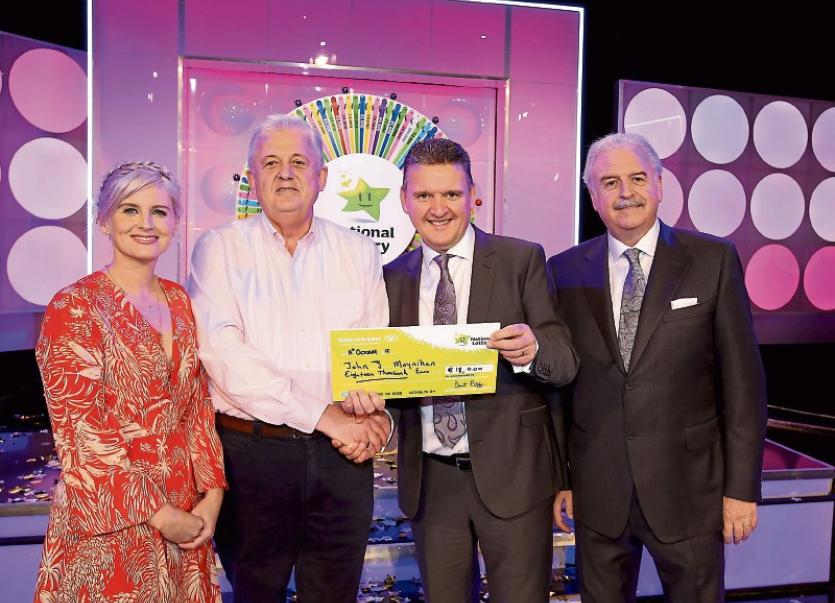 John Moynihan won big on Winning Streak at the weekend. He is pictured with co-hosts Sinead Kennedy and Marty Whelan and Fergus Roche of the National Lottery Picture: Mac Innes

A LIMERICK man who was walking the Camino de Santiago when he found out he had won an appearance on Winning Streak is €18,000 richer after appearing on the show.

Bachelor John Moynihan, 63, from Limerick city, appeared on the show at the weekend and, following on from his windfall, will have a lot more fun with his freedom over the coming years.

The Limerick man, who was on the 125km pilgrimage walk when his name was called out was enjoying dinner and some wine with his three nieces and their friend when news of his Winning Streak appearance reached them half way through their journey.

John made the trip to the Camino for some quiet reflection and exercise but had to get back to Ireland to grab this once-in-a-lifetime chance to appear on the Winning Streak TV Gameshow.

John, who bought his Winning Streak scratch card at Ryans Day to Day in Arthur's Quay Shopping Centre, was supported by his posse of family and friends who came up from Limerick for the show. They included his sisters, Nuala, Bríd, Eimear and Síle.