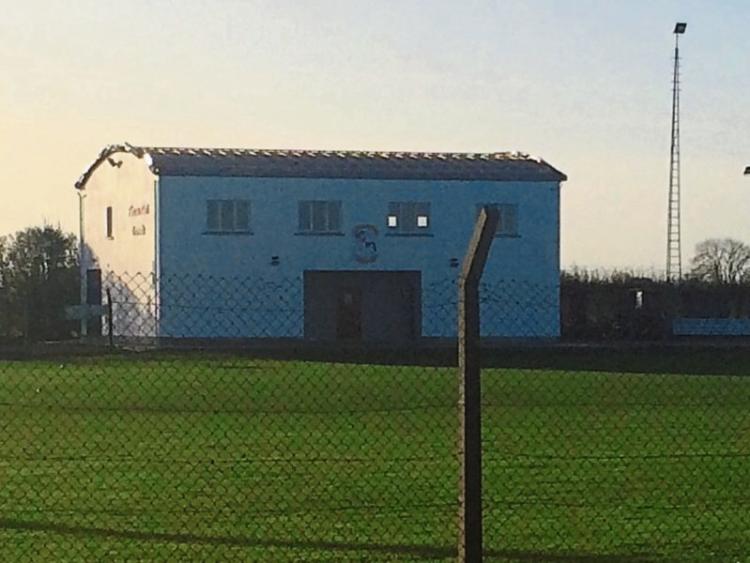 Croom's new GAA complex, which was due to be officially opened later this month, suffered extensive damage to the roof in the storm. Picture: Michael Cowhey

A COUNTY Limerick GAA complex, which has been in the works for over a year, suffered damage when the roof was blown off during Storm Ophelia.

Croom’s new GAA facility was damaged during the ex-hurricane, ahead of its opening this month.

The grand opening of the complex was due to take place on October 28, but it has now been postponed. The fundraising ball on October 29 in the Woodlands House Hotel, at which DJ Carey will make an appearance, will still go ahead, and tickets are on sale from members of Croom GAA.

Meanwhile, members of the committee are due to assess the damage today and decide on plans for the repairs so that the facility can be opened.

Ophelia certainly made herself known around the entire country, but it is those in rural areas who are particularly feeling the effects of her wrath.

Thousands of homes in County Limerick are currently without power, and communities are faced with counting the cost of repairing the damage caused to local facilities.

Crews were also spotted working at 8am this Tuesday morning on the roof of Patrickswell church.

More than 2,000 customers are still affected by power cuts to the west of Limerick. Up to 600 customers have no power in Kildimo, and a further 400 remain without electricity in the areas surrounding Clarina.

Wind seems worse than it was today. The street light outside the house is wobbling. No power. #Kildimo @Limerick_Leader #Ophelia pic.twitter.com/JFZLVz3rf2

Another several hundred homes are also without power in Patrickswell, Crecora, Adare and Granagh.

Many homes and some businesses in Dromcollogher are still without power this Tuesday morning. The power outage occurred about 2pm yesterday, leaving shops, homes and the post office without electricity. Some businesses are relying on generators. The Respite Care Centre does have electricity but the day care centre, about half a mile away, does not.

Up to 100 homes and businesses in Mountcollins are also without electricity since 1pm on Monday. The road to Abbeyfeale was blocked at one stage but this has now been cleared.

The road to Tournafulla at Glenquin is still  blocked by a fallen tree but a nearby sideroad means traffic can still get through.

The town of Abbeyfeale was without power from about 1pm to 4.30pm yesterday and there are unconfirmed reports that a roof was blown off one house in the locality.

While electricity is back in the town of Bruff, it remains without water. Areas surrounding the town including Rockbarton, Meanus, Athlacca, Kilteely and Herbertstown and parts of Grange are still out without power.

1/2 Just drove from Limerick city to Kilmallock and here is the current scene in Bruff, hundreds of homes without power pic.twitter.com/toyzCoCTBI

“We got electricity back in the town just after five yesterday for about an hour until about 6.20 and it went again and it came back again at around 9.05,” explained Mark Nagles of Nagle’s EuroSpar in Bruff.

“We are without water here. People are coming in this morning looking for water - there is a big demand. We are using bottled water at the moment. Ishka in Ballyneety will be doing well this week,” he smiled.

“We stayed open as long as we could yesterday. We sent any of the staff who were driving home. A few from the town stayed on. We closed at around 1pm and we opened then again at 5pm when the power came back on,” he explained.

The town he said was “eerie enough” while in pitch darkness for several hours.

“In fairness to the ESB guys, they went out in wild enough conditions yesterday - you have to give them credit. It is kind of wait and see really. The thing is there are so many trees around these areas. They are taking down wires and stuff like that.”

According to Mark, locals are “relieved" it’s over.

“There is a lot of concern that there are a few trees gone in The Grove again. A huge amount of work has gone in by Bruff Tidy Towns in the last few months and even since Storm Darwin when a lot of trees were lost there. But in the scheme of things when you see what the three families who lost loved ones are going through, it’s only very small. It’s a clean-up operation really.”

Damage was also caused to a few sections of fascia on the new primary school in Kilmallock, Scoil Mocheallog and there was also extensive damage caused to the ancient Rathcannon Castle in Athlacca.