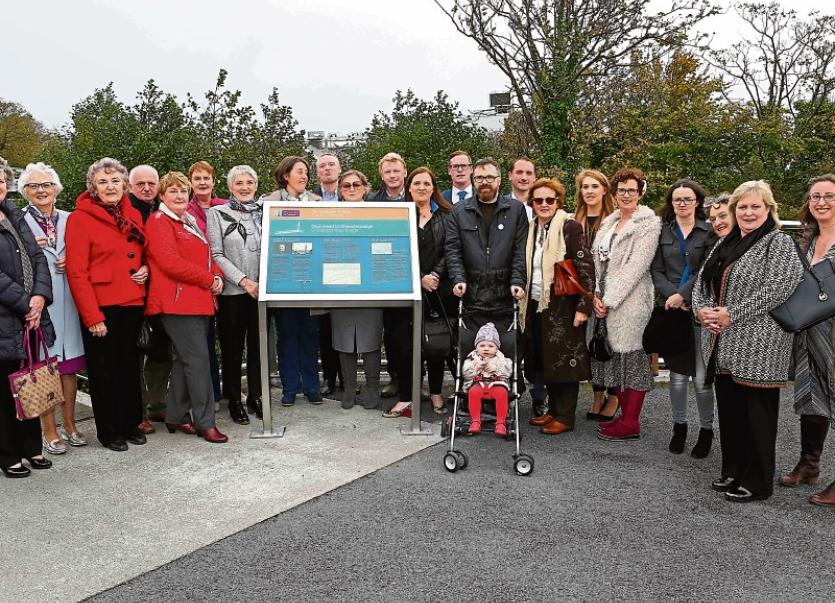 THE next time you see a photo of the Golden Gate bridge or a San Franciscan tram car, remember it was a farmer’s son from West Limerick that made it possible.

A little over 105 years ago, when Michael M O’Shaughnessy, from Loughill in West Limerick, took over as city engineer of San Francisco, he was described in local newspapers as a man of action.

It was a job he was more than qualified for, but he had hesitated a week before saying yes.

The city had dunned him out of fees totalling $10,000 many years before, he revealed later, when explaining his initial reluctance.

But his San Francisco-born wife convinced him to take the job although the salary came to only half what he earned in private practice.

And his appointment was warmly welcomed by Mayor Rolph who told him: “Chief, you are in the saddle, you’re it, you are in charge.”

But his appointment was also welcomed  in the media  as well as by ordinary citizens. “This is what the people want,” one man wrote to him. “If you can do things (we don't care how), you are worth twice the price, but if you can't do things, you are dear at any price. We want things done. Good luck to you, don't mind red tape or a few dollars, but get things done.”

The man from Loughill obliged. He did indeed “get things done” .

Just six years after the earthquake and great fire had wiped out huge sections of the city, Michael M O’Shaughnessy began the life’s work that ensured his place in history.

As city engineer, beginning in 1912, he supervised the construction of the Twin Peaks Reservoir, the Stockton Street Tunnel, the Twin Peaks Tunnel, the Municipal Railway System and service to the Panama-Pacific International Exposition (1915) along with streets, a high-pressure fire system and new sewers. San Francisco’s streetcar system, of which the J, K, L, M, and N lines survive today, was pushed to completion  between 1915 and 1927.  He also approved the concept of a bridge crossing the Golden Gate Strait and the subsequent design of the Golden Gate Bridge.

However, his name lives on today as the engineering genius behind the great Hetch Hetchy Reservoir and power project, a project designed to bring water from the Yosemite National Park to supply a growing city. It was a colossal project costing $400m and  involving a series of dams, the Lake Eleanor Dam and O’Shaughnessy Dam as well as a number of smaller ones, as well as 137km of tunnel, and a 251km aquaduct. A bespoke 109km railway line had to be built to support the project.

Sadly, Michael Maurice or MM as he was known died of a heart attack just days before the first water came through San Francisco taps.

Now MM’s huge contribution to the land he adopted and became a citizen of  has been highlighted  by the opening this Tuesday of a special exhibition and archive of his papers at NUI Galway, his alma mater and where a bridge has been named in his honour.  Happily, many members of the O’Shaughnessy clan who stayed in West Limerick, travelled to Galway for the occasion.

”It was a really, really interesting day,” Michael’s great grand-niece, Fionnuala Dillane said. The university did a “ wonderful job” with the exhibition of Michael Maurice’s personal papers and journals, she added. Among the journals were ones he wrote on life in West Limerick during the 1860s, 1870s and 1880s as well as his own memoir.

There were also personal letters, including letters from Michael Maurice’s mother, one of which included a lock of her hair. Other material includes a large volume of photographs from throughout his professional and personal life, engineering drawings, related reports and correspondence. The Bancroft Library at the University of California, Berkeley, also holds a major collection of archival material donated by his youngest daughter, Elizabeth, in 1992.

There was astonishment among the professional library and archive staff  that such a remarkable  and comprehensive archive of personal papers had been preserved within the family, Ms Dillane revealed.

“It is a good record through three generations, three generations who made sure the life record was kept,” Ms Dillane said. And she paid tribute in particular to the efforts of  her late uncle Pat O’Shaughnessy,  who lived in the home place in Jointer, Loughill.

He had travelled to the US to meet Michael Maurice’s descendants, she said, gathering and storing material. Following his death in 2002, his widow, Bernadette, continued to safeguard the archive and it was she who donated the personal papers to NUI Galway last year.

Dr Gray Brechin, from University of California Berkeley, officially launched the exhibition and said it would “go far to resurrecting the reputation of one of America’s great engineers”. Professor Padraic O’Donoghue, Civil Engineering at NUI Galway, said there was “no doubt that Michael O’Shaughnessy was one of our most famous engineering graduates”.

The president of NUI Galway also spoke at the ceremony saying: “The University values archival collections and we are excited to receive a collection of such importance in engineering. Digitisation enables its use globally and we are keen to take all opportunities to collaborate with UC Berkeley on linking the two archives. We are very grateful to Bernadette O’Shaughnessy for this very generous donation.”

The archive has been catalogued and digitised and can be viewed at www.exhibitions.library.nuigalway.ie

Born in Loughill, Co Limerick, Michael M. O’Shaughnessy, moved to Galway in 1882 to study engineering in what was then called Queen's College Galway. In 1885, he emigrated to America, where he embarked on an illustrious career on railways, mines and irrigation projects in California and Hawaii.

In 1912, O’Shaughnessy was appointed City Engineer for San Francisco, six years after the city’s devastating earthquake.

For over two decades he was involved in many iconic projects in the region. He approved the concept of a bridge crossing the Golden Gate Strait and the subsequent design of the Golden Gate Bridge. He led the development of municipally-owned utilities including the city’s famous streetcar system and hydro-electric power projects.

O’Shaughnessy led the Hetch Hetchy reservoir and power project at Yosemite National Park, which is still the primary water source for residents of San Francisco. One of the dams in the project was named the O'Shaughnessy dam in his honour.

The archive was donated to NUI Galway in 2016 by Bernadette O’Shaughnessy whose late husband was a grand-nephew of Michael O’Shaughnessy. Its contents include material that documents his time in private practice: a large and fascinating volume of photographs from throughout his professional and personal life, engineering drawings, related reports and correspondence that detail survey work in California, and irrigation design and construction projects in Hawaii. The Bancroft Library at the University of California, Berkeley, also holds a major collection of archival material donated by his youngest daughter, Elizabeth, in 1992.

Speaking at the launch, University Librarian at NUI Galway, John Cox, said: “Michael Maurice O’Shaughnessy had a very distinguished career in the United States and his work continues to be recognised in San Francisco today. This was evident to me when I visited UC Berkeley earlier this year and learned of the extensive use being made of the archive there. The material donated to NUI Galway complements the Berkeley archive and adds new insights into his family life in particular.”

Officially launching Michael Maurice O’Shaughnessy (1864-1934): Engineering the Promised Land, Dr Gray Brechin, from University of California Berkeley, said: “The new exhibition of the career of Michael O’Shaughnessy will go far to resurrecting the reputation of one of America’s great engineers whose public works largely created the cities of San Diego and San Francisco and had a profound impact not only on California but on the wider Pacific Basin.”

Professor Padraic O’Donoghue, Civil Engineering at NUI Galway, said: “There is no doubt that Michael O’Shaughnessy was one of our most famous engineering graduates. His achievement in bringing a secure supply of drinking water to San Francisco has contributed enormously to the growth of the Bay area and Silicon Valley. The archive provides fascinating insights to this pioneering work while it also provides interesting commentary on large scale infrastructure projects in a 1920’s Ireland, particularly the Shannon Scheme.”

An exhibition based on the archive has been curated in a joint project between the NUI Galway Library and the College of Engineering and Informatics. In addition, a distinct project to explore the archive in O’Shaughnessy’s own words, using his memoir will also be available online.

Dr Jim Browne, President of NUI Galway, said: “The University values archival collections and we are excited to receive a collection of such importance in engineering. Digitisation enables its use globally and we are keen to take all opportunities to collaborate with UC Berkeley on linking the two archives. We are very grateful to Bernadette O’Shaughnessy for this very generous donation.”

The archive has been catalogued and digitised in its entirety, and is available to view at www.exhibitions.library.nuigalway.ie

These papers had been gathered

The archive and exhibition were officially opened by Dr Gray Brechin, University of California, Berkeley