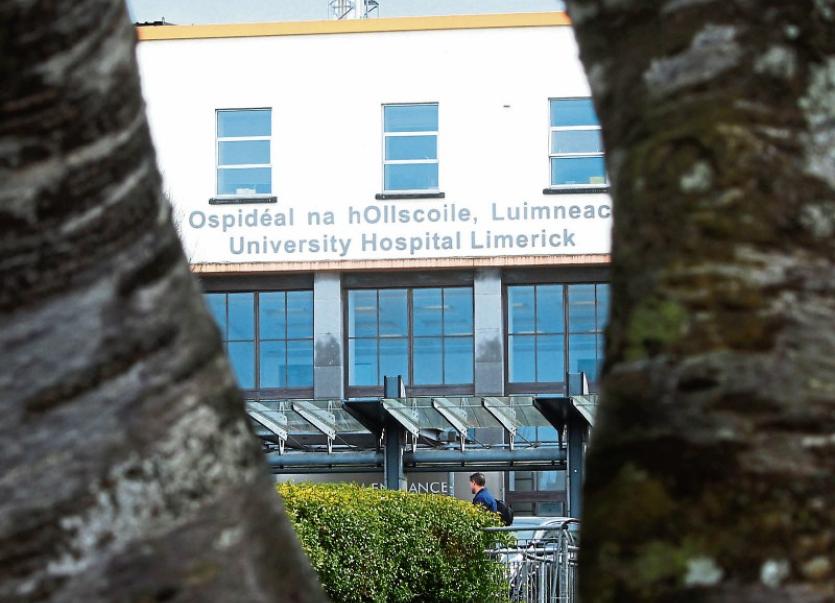 UNIVERSITY Hospital Limerick is breaching HSE guidelines and is being described as a “black spot”, as hundreds of patients have been left waiting for months for a routine colonoscopy.

According to a quarterly national performance report, UHL failed to see more than 30% of cases for a routine colonoscopy within the target time of 13 weeks, as set out by the HSE.

As of September 21, there were 1,481 patients waiting for this procedure, with 594 left on a waiting list for more than 13 weeks. As a result, UHL was classed as “code black” for its performance.

Code black is the highest level of escalation, which the HSE indicates that “prolonged underperformance puts quality, safety and financial sustainability at risk”.

A spokesperson for the UL Hospitals Group said that it is one of six hospital groups not meeting the HSE’s targets, and that it has “performed slightly above the national average”.

She said that because UHL is the only ‘model 4’ hospital in the Mid-West, there are additional demands to “facilitate prompt discharging of inpatients who require colonoscopy as part of their diagnostics. This can place increased pressure on outpatient waiting lists during periods of high inpatient demand.”

But Fianna Fáil Deputy Niall Collins has said that attempts by the hospital “to spin away the scandalous backlogs” will not go unnoticed by the public.

“The fact that 40% of all colonoscopies at the hospital are not taking place within the designated 13 week time period, irrespective of what is happening in other hospitals across the country, should act as a wake up call.

“UHL is a black spot according to the HSE’s own criteria. Attempting to spin this fact away by comparing to other hospitals and hospital groups is a facile attempt at hiding from the fact patients are simply waiting too long to have their diagnostic procedure.”

He added that it is a “weak response” to say that the situation is worse in other hospitals.

“[It] ignores the risks patients in Limerick are facing because they aren’t getting their procedures as quickly as they should.”

He said that the HSE needs to provide a funded plan to reduce waiting times for colonoscopies.

“Everything else is a distraction from what’s happening on the ground,” the Fianna Fáil TD told the Limerick Leader.

In 2016, a total of 2,136 people had a colonoscopy procedure carried out at University Hospital Limerick. And 1,091 people received this procedure between January 1 and July 15.

The spokesperson said that after recently carrying out 60% of cases within the target, the hospital saw an 8% improvement on August figures.

Referrals for colonoscopy are received from a variety of sources, including patients, GP referrals, consultant referrals, outpatient clinics, and both surgical and medical assessment units.

The UL Hospitals Group continues to meet targets on urgent colonoscopies, with no patient waiting any longer than four weeks so far this year.