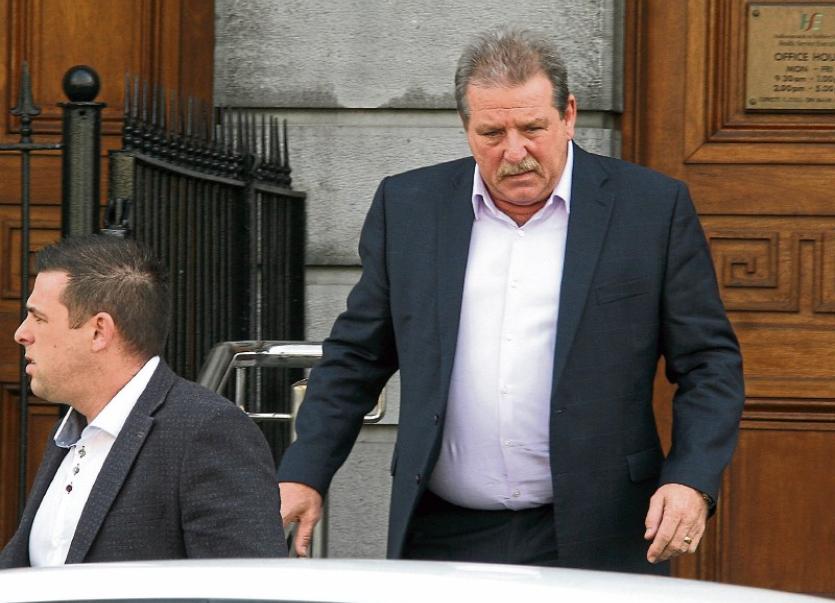 A VERDICT of accidental death was recorded at the Limerick inquest of an 89 year-old woman who was knocked down and rolled over by a Land Rover driven by Steve Collins, father of murder victim Roy Collins.

Limerick Coroner’s Court this Tuesday morning heard further evidence after an earlier hearing in April was adjourned as not all the evidence was available at that time.

Maura O’Brien, of Milford Grange, Castletroy, a mother of four and grandmother of six, died as a result of multiple skull fractures after she was struck by the vehicle driven by Mr Collins at the Ulster Bank car park in Castletroy shortly after 10am on February 17, 2016.

Described as a “dignified and dear lady”, the court heard that she maintained her independence at the age of 89, and was living on her own.

Members of the family told the court that they hoped she would have lived for many more years to come as she was in good health, which was supported by medical evidence from her autopsy.

Robin Lee, solicitor for the family, said that the verdict would bring some closure to the family, but added that it will “never erase that unfortunate day for them”.

Mr Lee said that the deceased was “no match” for the vehicle, irrespective of the speed it was travelling at, given that the weight of the vehicle was in the region of 2.7 tonnes.

He said there was no evidence that she may have fallen at the scene and fallen out of the view of the driver.

The condition of the road surface also gave no reason to suggest she suffered a stumble or fall, he added.

Mr Collins, who was accompanied to the hearing with his son Steve Jnr, did not wish to comment publicly after the verdict was brought in by the jury following a brief deliberation.

According to a number of witnesses, Ms O’Brien was walking behind Mr Collins’ vehicle, when he slowly reversed back and knocked her down, before rolling over her.

Her grandson, Conor O’Sullivan, 26, had driven her to the bank on the day of the accident. He was waiting in the car, while his grandmother intended to arrange her finances to visit her younger sister.

When he observed Mr Collins’ reversing and then stopping, he got out of his car and asked Mr Collins if he had hit his grandmother, after he could not find her.

He said that he saw his grandmother’s hand and then saw that she was under the jeep.

He was “distraught” and a number of people tried to comfort him at the scene, and said Mr Collins was also “visibly distraught.”

Ken Stembridge, 34, of Ennis Road, said that he saw Mr Collins “holding his head in his hands” when he saw the elderly woman under his jeep.

Mr Collins earlier spoke of his “horror” at the tragic incident. Halfway through his manoeuvre, he said, he felt a “slight impediment” in his driving.

He said that when he observed his surroundings, he saw a handbag on his right, and thought he had rolled over a handbag.

He said that the “horror started” when he saw a hand and a walking stick. He said that she was “motionless” and kneeled down and held her hand.

“I was talking to the elderly lady to see if she was alright, but she was not responding,” his deposition stated.

Mr Collins was later treated for shock and was described as being in a “very bad way”.

He said that his car’s camera sensor, at the rear of the vehicle, “did not pick up anything”.

He told the Coroner’s Court that he would have been aware of his “surroundings because of my situation – I have been taught to be aware”.

“I was panicking as I didn’t know how to help her. It was a very upsetting scene. It was traumatic,” Mr Collins said.

After a comprehensive investigation, gardaí prepared a file for the Director of Public Prosecutions, who directed that no prosecution be brought.

Inspector Michael Reidy examined the vehicle in Castleconnell and observed blood on the rear left wheel.

He said the vehicle was in good mechanical order and found "there were no issues with the vehicle which could have contributed to the collision."

Garda Conor McDermott, a forensic collision investigator, said Ms O’Brien would have been a “very vulnerable road user”, given her age and as she walked with a cane.

He said there was no evidence that the victim cried out or shouted at the scene, according to others in the car park at the time.

Nor was there evidence that Mr Collins reversed with excessive speed, he said.

Dr Peter Faul, who performed the autopsy, said that her death was due to multiple injuries, including skull fractures, when she was accidentally struck and reversed over.

Dr Faul said abrasions to her body were consistent with a body being dragged on a rough surface.

The jury recorded a verdict of accidental death in accordance with the medical evidence.

Coroner John MacNamara, the jury and members of An Garda Siochana expressed their sympathies with the family.