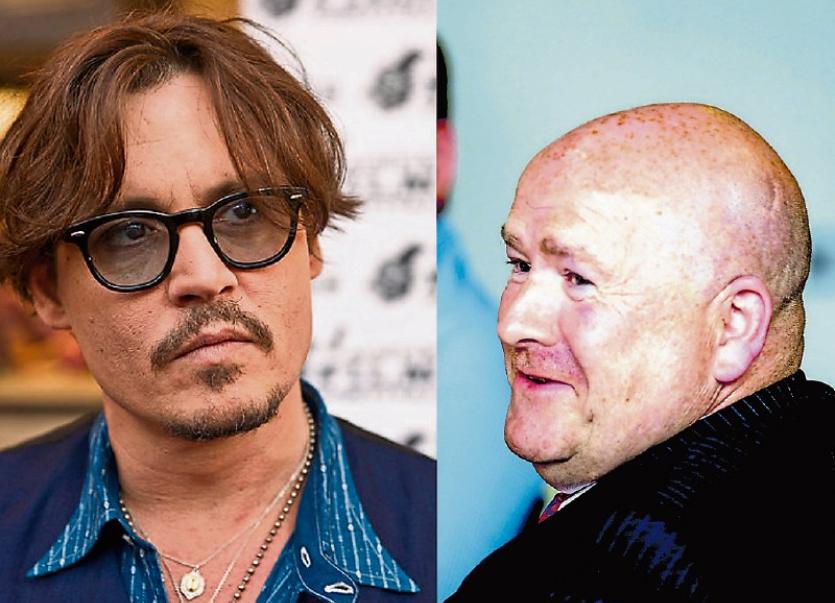 THE metropolitan Mayor of Limerick has invited Hollywood star Johnny Depp to Limerick to show him how the city has moved on from its ‘Stab City’ past and give him a “Cead mile failte.”

Mayor Sean Lynch was commenting after offence was taken to Limerick’s reference in a foreword written for a book by the Pirates of the Caribbean star.

“Our brief pit stop proved to be one of the most chaotic nights that I ever remember. Suffice to say we conquered Stab City,” wrote Depp in a book about Guildford Four member Gerry Conlon.

Depp provided the foreword to the book, In the Name of the Son: The Gerry Conlon Story, by Richard O’Rawe, which is due out later this month.

He described Conlon, who was wrongly jailed for 15 years for IRA bombings and died in 2014, as his “long-lost brother”.

Mayor Lynch, a former high-ranking detective in Limerick at the height of the city’s gangland feud, said the city’s past cannot be whitewashed but urged people to look to the future.

“As someone who worked for An Garda Siochana when unfortunately commentators were using that phrase, it did have a reputation, but that is now past tense, and we have moved on.

“I would love to give a Cead Mile Failte to Johnny Depp and no better man than myself, having worked with the gardai for over 30 years, and being one of a number of people who has brought the city to where it is today, a city that is full of positivity.

“I’d have no problem entertaining him and giving him a reception, and a tour of the city. We’ve come a long way since he visited the city [in 1991]. There’s no point saying there wasn’t a problem in Limerick – there was, and it took a lot of people to bring it to where it is today.

“We won’t knock him for his comment, but if he’s ever around the country, he should come to Limerick. He owes us that much.”

“We should be mindful of our past. It’s no harm to remember where we came from, so we don’t take our foot off the pedal and go back.

“Limerick is now a great place, and while we can’t keep taking that term to heart, we also have to remember that a lot of victims were on the receiving end of that terminology, and that people did die,” he told the Limerick Leader.

Others who have visited the Treaty City in more recent times have hailed its “renaissance”, following a major reduction in crime across the board, its year as national City of Culture, the regeneration programme tackling disadvantaged estates, and a major investment plan launched for some €500m in infrastucture works.

Author Colum McCann said he believes Limerick is witnessing a renaissance and a revolution in how it perceives itself, while Barack Obama's poet of choice, Richard Blanco, said he has found that there's “something inexplicably wonderful” about the city.

Fianna Fail deputy Willie O’Dea said the term is “an irritating moniker, dug up from the grave” and is tired of “the same throwaway remark” being bandied about.

A poll by the Limerick Leader newspaper this Monday on whether Limerick people are overly-sensitive to the continued use of the term revealed that 51% of voters believed this was not the case, given its “offensive” nature.

Deputy O’Dea said while there is a temptation to let negative remarks about Limerick slide, “it really irritates me and I find it hard to let it slide.”

“It’s a lazy, throwaway remark by people who have no knowledge of Limerick.”

O’Dea said the comments were born “from the depths of his ignorance...talking as if Limerick is somewhere to be conquered.”

He said the reference is “so out of date it is laughable.”

American comedian Chris Rock also made a recent jibe about his “scary ass drive” through Limerick.

“I didn’t hear anything about the Rock chap,” added O’Dea.