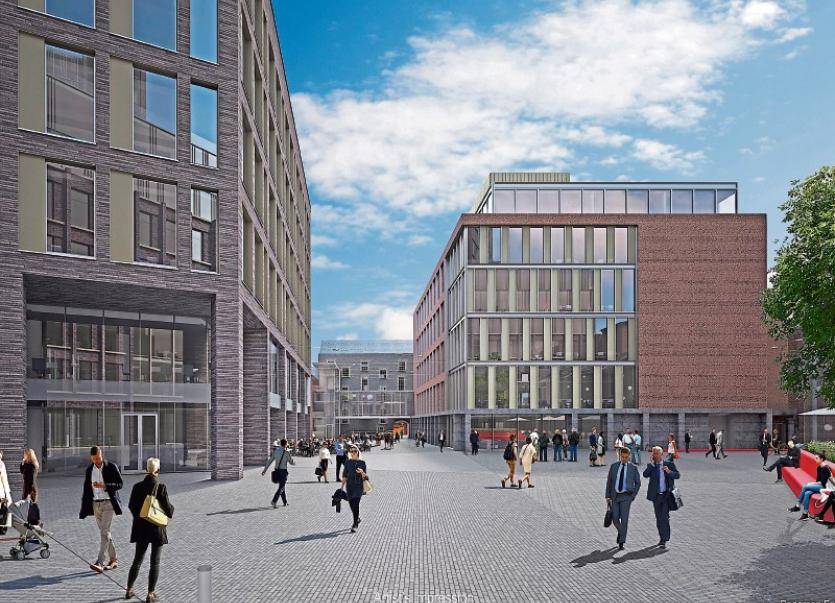 An artist’s impression of the Opera Centre, one of a number of key sites to be developed in Limerick city centre

COUNCILLORS can and will have the opportunity to debate whatever reservations they might have about the plans for the Project Opera site in Limerick city, according to Conn Murray, Limerick City and County Council chief executive.

But, he stressed to councillors at last Thursday’s meeting, that opportunity will come as part of the Part 8 planning process now underway. However, he urged councillors not to confuse this with the motion to raise a €170m loan for the work of Limerick 2030, which included more than just the Opera Centre, as it was previously known.

What was before the councillors, Mr Murray argued, was something which would bring Limerick to the heights it should be at.

Some councillors however were not entirely convinced and  expressed reservations about being asked to raise a loan for the Opera plans.

“Those plans were launched before most councillors had an opportunity to see them,” Cllr Cian Prendiville, Solidarity, said.

Just four councillors had seen them before the launch, he added, and he “would have a bone to pick with those councillors” .

There was a “democratic deficit” regarding Limerick 2030, he argued.

Cllr Seighin O’Ceallaigh SF argued that if Limerick 2030 was “so critical for the entire region” then Limerick 2030 should have shown the councillors some respect. Two days notice of a project of the scale of the Opera Centre was not enough, he argued.

“I don’t believe at any stage, the company showed disrespect,” Mr Murray said. “What is being confused here is the planning process,” he added.

The Project Opera plan was now going through the planning process, he explained, and people, as well as councillors could make submissions. That process belonged to the council and not Limerick 2030.

“It is your decision. You can have time to deliberate over it,” he said.

Limerick 2030 DAC is 100% owned by the Council and its role, councillors were reminded, is to plan and develop key strategic sites in Limerick. The Hanging Gardens project is one such site and this development, for which €16m was borrowed last year,  is now expected to be completed by the middle of next year.

Project Opera is envisaged as an “employment campus” providing offices for the Revenue Commissioners as well as retail, cultural and other uses.

Councillors agreed to proceed with raising the loan.