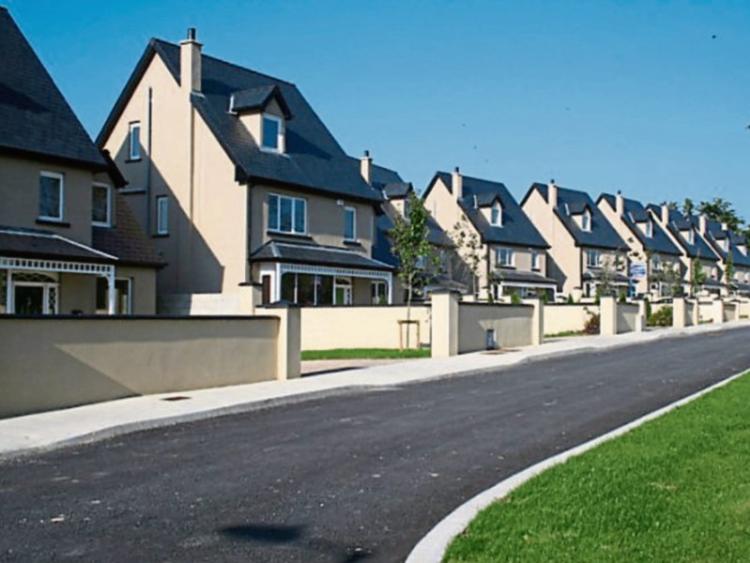 Plans have been submitted to build 25 new housing units at Cois Sruthain, Croom,

ONE OF Croom’s unfinished housing estates may well be on its way towards completion, if a new planning application is successful.

The first batch of houses in Cois Sruthain were built in 2005, but the remainder of the houses never came to fruition.

But a new planning application, submitted by Croom Weir Properties Ltd, will aim to provide for another 25 houses in the estate if successful.

“The houses are welcomed. Any houses that we can get up are welcomed, but they have to make sure that the estate is finished to a high standard, because they have gone through an awful lot down there now,” said local Cllr Richard O’Donoghue.

Before the recession, the estate was advertised as an ‘exciting new development’, consisting of 90 top-of-the range homes, a creche facility, plenty of open space, accessible CCTV and ‘landscaping to die for’.

But since then, residents of Cois Sruthain have been through the mill with their estate. They have contended with inadequate street lighting, a green area which was unsafe for children to play on, unfinished roads and a poor water supply.

In 2014, nine families were evacuated after a fire broke out in a terrace of four unoccupied houses in the estate.

This year, the local authority took the lighting in the estate in charge, and it is hoped that any remaining issues in the estate will soon be resolved.

“Some of the residents had concerns over it. They were wondering what kind of houses, and will they be finished. They had a raw deal, they’ve been waiting for the sites to be taken over for years,” said Cllr O’Donoghue.

As well as the prospect of new houses in Cois Sruthain, there are other developments springing up in Croom in the near future.

Eleven social houses are being built in Towerfield, according to Cllr O’Donoghue, and there’s “another estate that has started near Croom hospital”, where it’s hoped there will eventually be almost 60 houses.

“Then we have the new school starting before the end of the year. Croom is an up and coming place, it has a lot to offer,” said Cllr O’Donoghue.

He added that while new developments are a good sign, work needs to be done on keeping residents on the village’s main streets to encourage businesses.