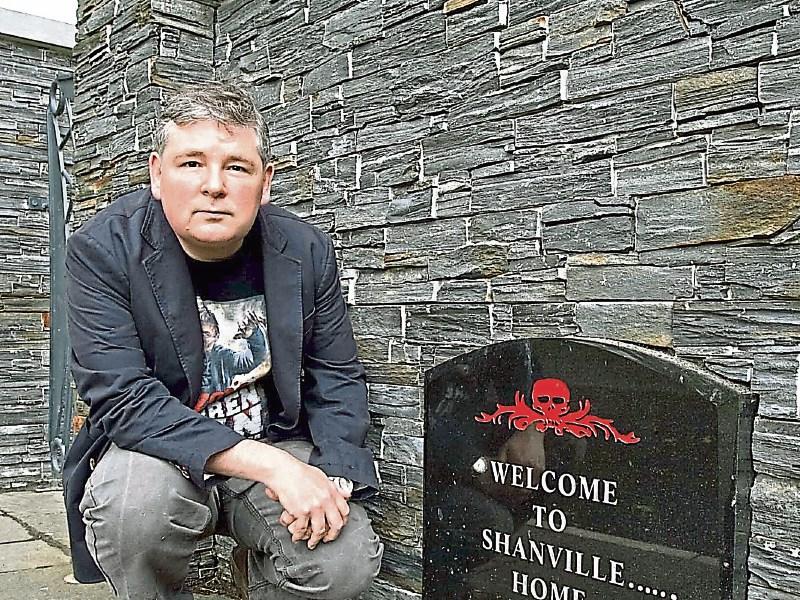 He vividly remembers yearning for the big break book deal while he was an employee with Chorus in the 1990s, spending his lunchtime at Arthur’s Quay Park with a bag of Donkey Fords chips in his hand.

Now, the 45-year-old writer, who famously goes by the pseudonym of Darren Shan, has sold more than 25 million copies of his novels that have captured the imagination of young horror-hungry readers worldwide.

Speaking after a Culture Night talk at a full-house in the Hunt Museum’s Captain’s Room, Darren said that the success of Cirque Du Freak, which hit the shelves in January 2000, was “a really nice, gradual experience”. But it “very nearly” didn’t happen, he admitted.

Despite having the same agent as JK Rowling in 1997, not one publisher wanted to send Cirque Du Freak to the printing press.

“He set up some meetings with the publishers to talk about why they didn’t like it. You know, what else they might be interested in. He didn’t really handle many children’s authors, and he wasn’t sure why they didn’t like it. And at one of the meetings, with HarperCollins, strangely the editor read it again, ahead of the meeting just to refresh her memory. And when she read it a second time, she thought: ‘Actually, it just needs a few tweaks’ and then she took it on.”

Shan wanted to build the bridge between teen horror and Stephen King, but some publishers thought his debut was too dark for young readers, while others reckoned it should have been made darker for adult readers.

He added: “Things have been watered down over the years. The PC brigade have come in and you can’t get away with as much, so there was this real sense that this was going to be a really, really controversial book. But it wasn’t.”

Asked if he ever thinks to himself that his career may not have ever happened, he replied: “Yes, all the time.

“And the nice thing is I am still in the same place all these years. Still in Pallaskenry. My feet have never left the ground. I don’t get ideas above my station. As my granny used to say, if I ever started acting a bit too posh: ‘It’s far from it you were raised’,” he laughed.

Darren lives with his wife Bas and three-year-old son Dante (named after the Italian poet) in Pallaskenry.