Late Jim Kemmy to be remembered at Limerick city events 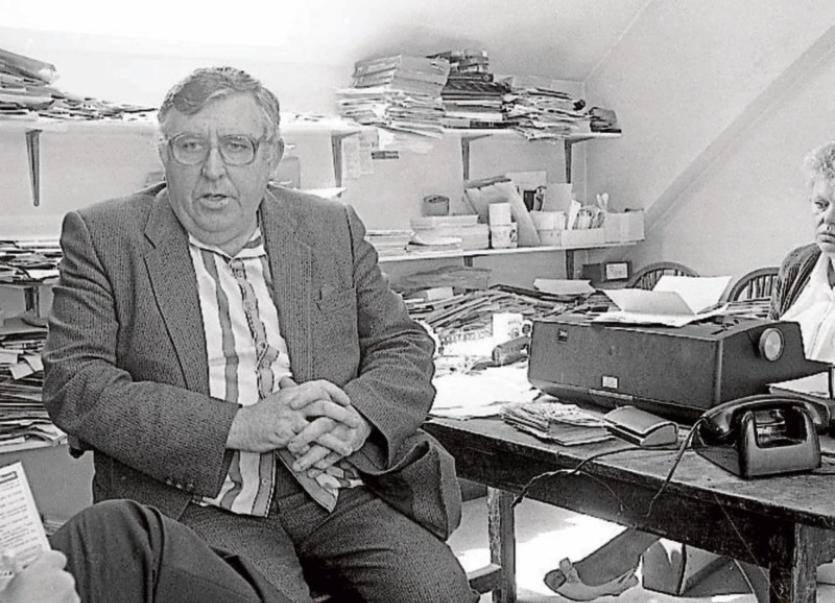 Jim Kemmy, who died 20 years ago this Monday, pictured in 1989 at his office at the Mechanics Institute

THE late great Jim Kemmy will be remembered by two events in Limerick city over the next fortnight.

It was 20 years ago this Monday since the trade unionist, TD and mayor of Limerick passed away following a short illness.

And to celebrate his life and times, a film will play in the Limerick Institute of Technology this Friday night, produced by lifelong friend David Burns.

The film on Friday night – start time 8pm – will be followed up with a lecture in the Granary Library on Tuesday, October 3, from 8pm.

Admission is free and all are welcome.

Mr Burns’s hour-long film revisits the former TDs involvement in a number of controversial issues of the 1970s and 1980s, such as illegal contraception, the 1983 abortion referendum, and his advocacy of the two nations idea.

“I found him a very interesting person, Mr Burns told the Chronicle, “It was only later I gradually realised how courageous he was in tackling major social and political issues which were seen at the time to be impossible for politicians to address. He was unique for Limerick,” he said.

The film was produced and directed by Dave Burns, filmed by Paul Lynam, edited by Simon Maguire, and presented by playwright Mike Finn.

The screening will be preceded by a wine reception at 7.30pm. All are welcome.