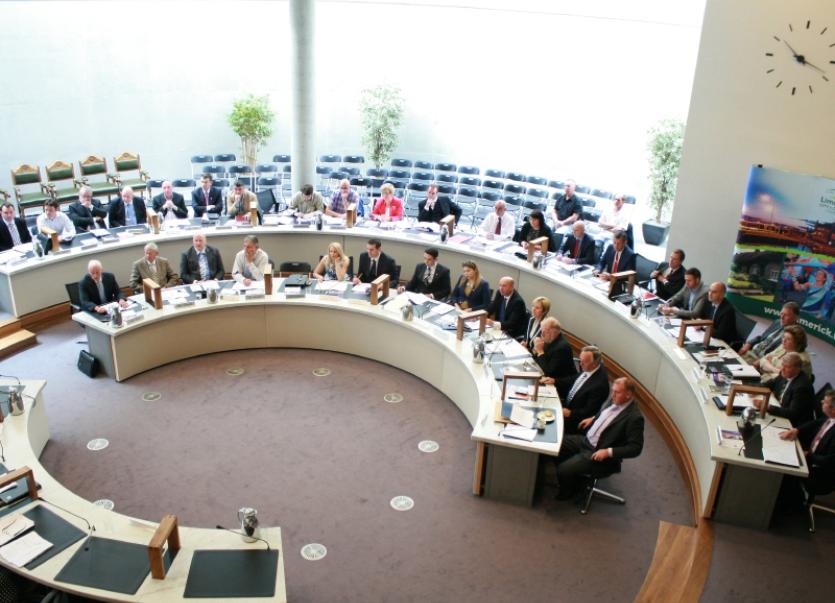 This included a 30 minute break to discuss the amount of time members were allowed speak.

Sinn Fein councillor Séighin Ó Ceallaigh made the comment as the business of the monthly meeting was delayed by more than hour as members argued over various different forms of protocol.

In a post to Facebook, he stated: “There is literally a 15 minute adjournment to discuss time wasting at the council.”

The second of the three delays to the meeting at County Hall in Dooradoyle came around two hours into the meeting, during a debate on the housing crisis.

Councillors were told that the local authority’s housing waiting list had reduced by 22%. But 69 families, made up of 93 adults and 120 children, are currently in emergency temporary accommodation. The council has a target of providing 2,443 units by 2020, Ms Kirby said before going on to explain the steps taken to try and meet this target.

Just three councillors had made a contribution before  Labour's Joe Leddin suggested that it was not fair to confine members to just three minutes on such an important issue.

He asked instead that a special meeting be held to discuss the matter.

This was seconded by Cllr Jerome Scanlan..

"This is the most pertinent issue happening all over the country at the moment,"

He proposed that housing only be discussed today and that the other items be adjourned to another meeting later in the week.

After a lot of argument and counter proposals, councillors took their second adjournment – slated for just 15 minutes – to allow party leaders to come to some decision.

After the recess, which dragged on 15 minutes beyond the agreed time, the Fine Gael proposal was again put that all other business be adjourned and that housing be dealt with as a single item agenda.

However, Fianna Fail, proposed instead  that a special meeting on housing be organised for a different time and that all items on the agenda be dealt with immediately.

After a slow headcount, this proposal was agreed. Housing was to be for a different day.

By this time, it was 5pm, two hours after the meeting began. And then came the third adjournment.

Fine Gael wanted to meet chief executive Conn Murray in their party rooms to discuss the Local Property Tax, an item which has to be dealt with by September 30.

The first adjournment, right at the start of the meeting, was also to allow the discussion on the controversial charge.

It means in total, around 90 minutes had been lost to delays as of 6pm this evening.

Speaking to the Limerick Leader from County Hall, Cllr Ó Ceallaigh claimed Mayor Stephen Keary allowed his own Fine Gael party colleagues to talk on matters related to the housing crisis as long as they wanted to, before insisting members on the opposition benches were only allowed three minutes.

He said: “If the chairman had done his job properly and let everyone keep to the agreed three minutes, instead of allowing his party colleagues go on as long as they wanted, we would be much further down the agenda.”

The Sinn Fein City East member pointed out representatives of the Older People’s Forum and the Students Union of Ireland were waiting patiently for their chance to address the meeting, while members of the public were also sat in the public gallery.

“It’s so ridiculous. It’s hard to believe this is actually happening. We are trying to encourage people to come and engage with local politics. When they see this, it is a deterrent for people to come,” he said.

Nevertheless, Cllr Ó Ceallaigh said he would “happily” remain in the meeting until midnight if he had to “in order to discuss Limerick’s housing crisis”.

The Limerick Leader made attempts to contact Cllr Keary, but he was not available for response.