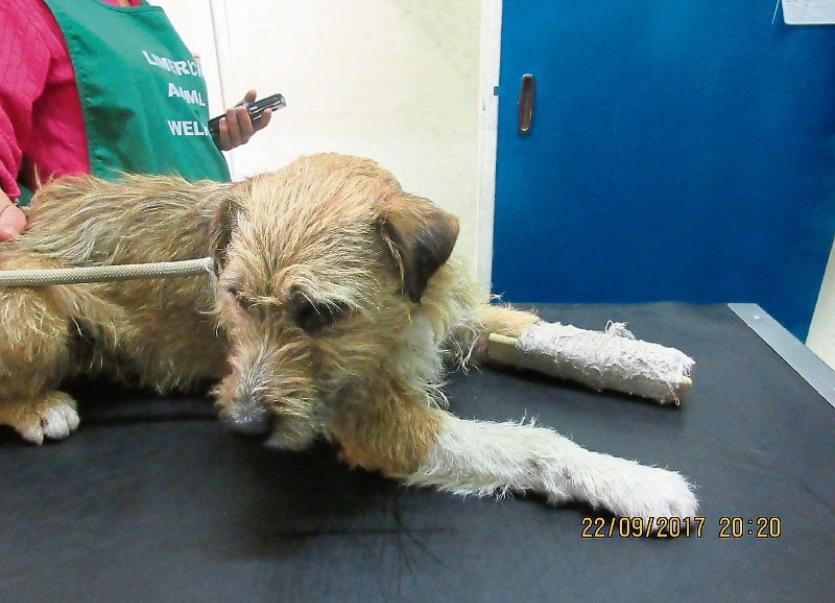 The dog was caught by Limerick Animal Welfare on Friday

A LIMERICK vet is hoping to save the seriously injured leg of a stray dog, which was caught by animal welfare volunteers during the week.

In a post on social media on Friday evening, John O’Dwyer Small Animal Hospital, based in Henry Street, informed the public that the injured dog was now in his care.

During the week, a number of social media users had published images of the pet roaming around William Street, in search for the owner.

“He has been caught by a Limerick Animal welfare volunteer and brought in to us this evening. He has a broken leg that someone tried to splint themselves but did it very badly, with no padding under the pieces of wood which did not even cover all the original fracture,” the hospital stated on Facebook.

The clinic added that the circulation in the dog’s leg had been “compromised” because the bandage was too tight and was not padded, with “gangrene starting in the mid-leg area”.

It concluded: “The next few days will show whether this leg can be saved.”