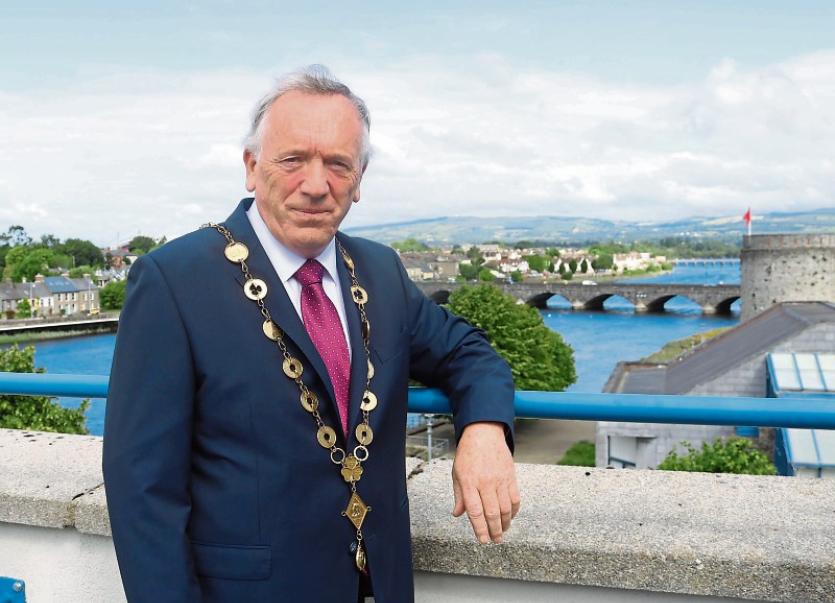 OVER the course of the last week, we have again seen Limerick’s first citizen let himself—and all of us—down in his handling of the media.

After a report on a spate of quad bike thefts, which also highlighted Mayor Stephen Keary's involvement in a meeting, he launched into an attack on this reporter, using the words ‘poor journalism’ to describe a story that he didn’t like.

This behaviour is unfortunately all too common in today’s global political climate.

It really begs the question, does Cllr Keary know what journalism is?

After other councillors’ criticisms— ‘you shouldn't have held a meeting’ — Cllr Keary employed a political dodge— ‘she shouldn't have reported on it’.

Yes, this journalist was invited by farmers, and then asked to leave, and the story was nevertheless written after interviews were conducted separately from the meeting.

But that point aside, is there really such thing as a truly private meeting, when carried out by a mayor in the name of those who elected him or her? A meeting's contents can often be kept under wraps, but the very fact of a meeting taking place should hardly be secret information.

“It was poor journalism and unprofessional of the journalist,” the mayor said, about a story that highlighted an issue that is negatively impacting dozens of rural farmers, and one that is clearly in the public’s interest to know.

Following the mayor's comments, some lovely and concerned people wondered if the comments had left me sad, angry or hurt.

Others wondered why we would seek an apology, suggesting that journalists ought to lump it. Dealing with politicians is, after all, part of the job.

This was a personal attack on the professionalism of someone just doing their job, by a grown man and a public representative. But to focus on any personal offence caused is to take attention away from the real problem at the heart of the comments.

After being confronted by his angry council colleagues, whose invitations surely got lost in the post, Cllr Keary publicly vented his disquiet over his failed attempt to control or even nip the story—which was ultimately about the concern around quad bike thefts—in the bud.

Mayor of Limerick needs to apologise to a fine young @Limerick_Leader journalist, @mariaflan, after verbally abusing her for doing her job pic.twitter.com/XU2tZYCORC

Our role as the press is to act as the eyes and ears of the public. In instances where a politician attempts to control a story, the free press is compromised.

Anyone who cares about the important role the press plays in an open democracy should take offence to this attempt to stifle it.

And our highlighting of this matter, as well as the editor’s call for a public apology from Cllr Keary, should serve as a statement about how we ought to be reacting to politicians’ attempts to chill our freedom to report the most important Limerick stories to you, our readers.