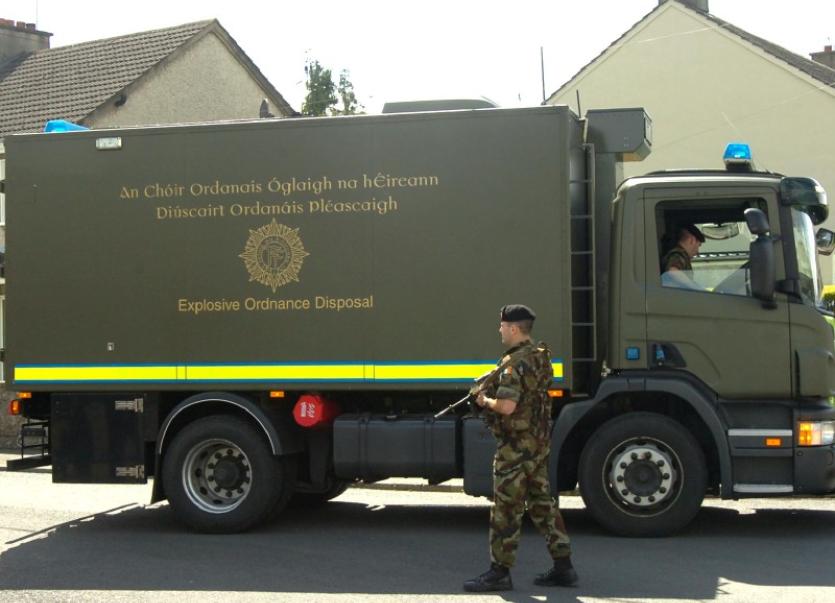 THE DEFENCE Forces’ bomb disposal unit was alerted to a suspect device in Limerick in the early hours of Friday morning.

A garda spokesperson confirmed that they were alerted to the incident at Galvone Road, Kennedy Park, at 12.43am.

The spokesperson said that the suspect device was "was thrown through the window of a house".

"The area was evacuated and an Army EOD Unit attended the scene. The device was subsequently removed by the EOD unit for further examination.

"The area has now been deemed safe and those evacuated have returning to their homes."

A Defence Forces spokesperson said that the device was taken from the scene, and is currently under examination.

He added that evidence will be provided to An Garda Síochána to assist with their investigation.

The spokesperson for the gardaí said that an investigation has commenced at Roxboro Road garda station "and we are asking for the public’s help and anyone who may have been in the Kennedy Park, Glasgow Park and Roxboro Road areas this morning 22nd September between 12.10am and 1am should contact Roxboro Road Garda Station on 061 214340".