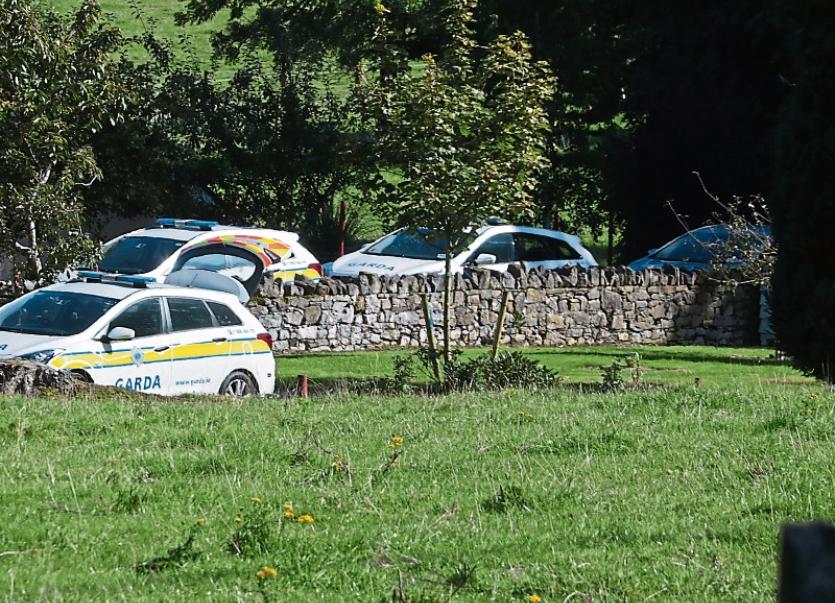 The scene of the searches in Dromkeen this Monday Picture: Michael Cowhey

A RAID this week on a County Limerick home relates to allegations of historic child abuse, UK police have confirmed.

Around a dozen UK police officers travelled to County Limerick this week to carry out the raid and were joined in Monday’s operation on a house in Dromkeen by over 10 Limerick gardai.

Gardai remained tight-lipped on the focus of the raid as it was led by police from Cumbria, located in North West England, who have now confirmed that investigation relates to allegations of “non-recent abuse”.

“Alleged offences under investigation include neglect, assault and indecent assault, where the injured parties were below the age of 16,” said a spokesperson for the Cumbrian police.

“The investigation is on-going but the alleged offences date back as far as the 1970s and are alleged to have been committed in Cumbria. Those arrested have not been charged with any offences to date and the police do not identify people pre-charge.

“We would not get into specifics around the investigation, relating to how long it has been going on, how many officers are involved, how many victims are involved and what, if anything, was removed from any properties,” added the spokesperson.

Residents of Dromkeen were at a loss as to why over 20 police and 10 vehicles descended on their quiet rural area at 9.30am on Monday.

“It is the talk of the place. Nobody knew what was happening. I never saw so many guards and cop cars in my life. It was like something you’d see on TV,” said one local.

The Cumbrian police previously confirmed that the warrant executed in Limerick “related to an on-going investigation into non-recent abuse alleged to have been committed outside of the Republic of Ireland.