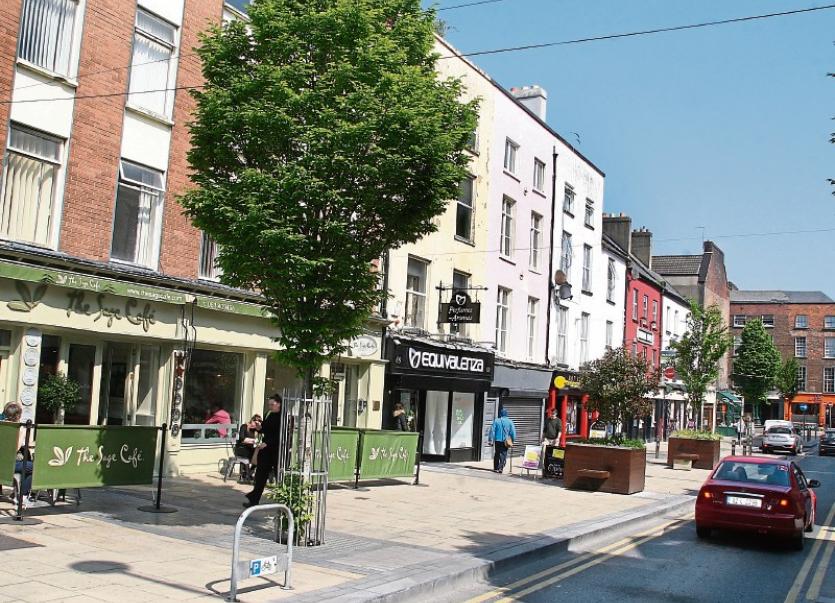 Catherine Street has been seen as a parking fine hotspot in recent years, according to Limerick City and County Council

AN INCREASE in the presence of traffic wardens in Limerick’s parking fine hotspots are “frightening away customers”, a prominent city retailer has said.

According to latest Limerick City and County Council figures, the largest density of parking tickets are issued along Limerick’s main shopping streets.

In descending order, these include O’Connell Street, Henry Street, Catherine Street, Roches Street and William Street, according to data received by Live95FM under Freedom of Information.

Shane Gleeson, shop manager of Spar at Catherine Street and Glentworth Street, said the frequency of wardens has increased over the past three weeks.

“It has increased to somebody every 20 minutes, at the very least. And this is frightening away our customers. And every time we see a warden on the street, we can see that our tills get quieter,” he told the Limerick Leader this Tuesday.

“A warden in the area is very significant to us, and it is a massive deterrent. We have noticed that the wardens generally leave people alone in the loading bays for 10 minutes, or they leave people for 10 minutes to get a parking disc. But a lot of people are frightened to stop. And there would be a lack of public awareness that they can pull into the loading bay for a few minutes.”

To tackle the issue, he has called for the introduction of 10-minute bays.

There are now six traffic wardens on the beat, up from four. Mr Gleeson said they are, generally, “very courteous, very helpful”.

A spokesperson for the council said that the wardens “play an important role in the management of traffic including critical public service vehicle services and enabling safe vehicle and pedestrian mobility, across pedestrian crossings foot ways clearways, etc, in addition to the issuing of fines for fixed charge offences.”

In the first five months of this year, Limerick City and County Council issued 4,615 tickets. Around €178,000 has been generated in that time.