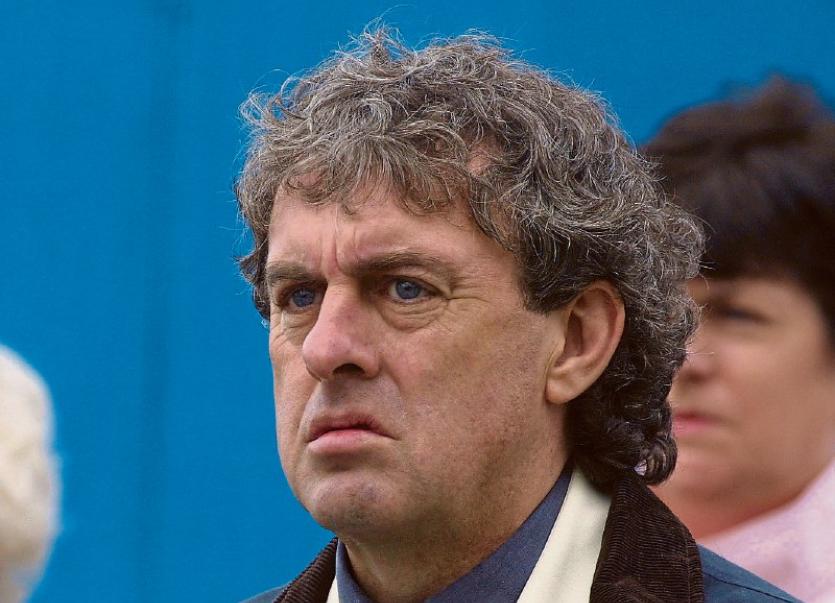 ‘We need to talk about depression’: Fr Joe Young, chaplain with Brothers of Charity in Bawnmore

A LIMERICK priest has said he plays the Lotto every week in the hope of winning the jackpot to help people beat depression, following his own personal battle.

Fr Joe Young, chaplain with the Brothers of Charity in Bawnmore, said as someone who has personally suffered from depression, he believes “Ireland is facing a tsunami of depression, and particularly in the diocese in Limerick.”

The outspoken cleric said it’s his dream - should he win the Lotto or Euromillions - to buy a retreat in Lourdes for those who are suffering from constant mental torment.

“It causes me so much upset and pain and distress to see that so many people are suffering and are given such little support,” he told the Limerick Leader.

“We are sleep-walking as a nation into an area of unbelievable pain, suffering, anxiety and pain disorder, because we’ve lost the ability to communicate.

“If I won the Lotto, and I do it every week in the hope of winning the jackpot, I’d bring them all to Lourdes. Some of my pilgrims, who suffer from depression, regularly go there with me and get great solace from the experience.

“It’s one of the few places I’ve found where it’s OK not to be OK. The greatest joy is not going to the grotto or the baths [in Lourdes]; it’s simple communication over a cup of tea.”

Fr Young, 63, said that he suffered from depression in the late ‘90s, when he was “many years” into his ministry, but found “that there was no one to talk to; that you were left on your own.”

At a time when Limerick was experiencing one of the highest suicide rates in the country, he said he found comfort from his parishioners in Southill, whom he described “as the greatest people in the world, and salt of the earth people.”

But he feels that many people have lost the ability to communicate fully, particularly in a digital age.

“We’ve lost the ability to communicate and with that we have untold numbers of people suffering, and have lost many of them to suicide.

“All we’re doing is texting now – texting parents instead of speaking to them – and I just find that absolutely abhorrent,” said the former parish priest of 26 years in Southill.

If he ever won the Lotto, he said all he wishes for is “enough to buy a house, which could be a retreat for people, where I could say Mass and they could switch off from technology, share the secrets that are weighing down their lives and have the freedom to be themselves.”

“If you don't deal with your secrets, you’ll end up with depression, which is akin to waiting for a volcano to erupt. But we’re not dealing with the problem – we’re living in total denial.

“How many people carry so much unbelievable baggage with them every day? Who suffer from constant mental chatter? Our thoughts bring us to the point where we want to be part of God’s beautiful nature, or lose the ability to see what’s in front of us, to be able to see the wood through the trees.”

Fr Young believes that issues of violence, criminality and drug abuse and addiction are all tied up with mental health and a person’s ability to resolve issues in their lives.

“Look at the level of domestic abuse in this country, and one of the reasons I believe that’s happening is that someone is carrying issues historically from their past that they’ve never dealt with. It’s unbelievable abuse, and we are not dealing with that,” he said.

He encouraged older people, in particular, who feel isolated or depressed or are living alone to adopt a pet for companionship.

“Have a little dog in your house and you’ll never be alone,” he urged.

Fr Young said one of his greatest joys was his dog of 13 years, Moses, “my greatest friend”, a Tibetan spaniel, who died a month ago.

“I spoke about Moses so often and my love for him that many of my parishioners believed I was talking about the prophet. He was the most wonderful companion,” he said.

The Limerick satirical and music duo, the Rubberbandits, have been praised for their hard-hitting new music video, Sonny, which tackles mental health and suicide from a number of angles. It has amassed over a quarter of a million views in one week.

It contains the lyrics: "He's gonna break a lot a hearts when he hangs himself...Sonny, oh Sonny, don't go hanging yourself. It isn't your time to die."

The song encourages listeners to recognise that “it's always dark before the light.”

“But you've to hold on to hope. You are important to someone, so cut down the rope.”

Musician Hozier tweeted the Rubberbandits to say that he was “heartened by people’s responses” to the single, adding: “Reached a lot of folks, fair play.”