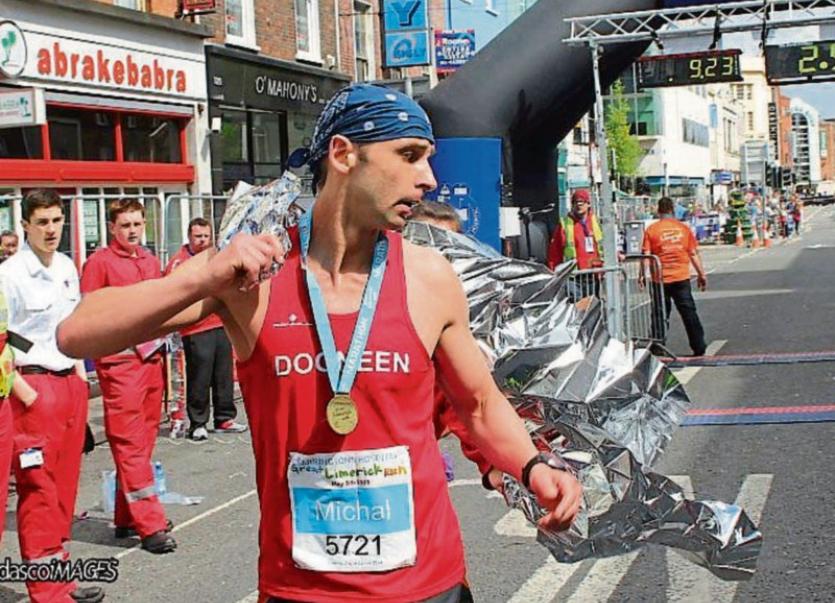 THE body of a Polish man who was stabbed to death in Limerick was found wrapped in a duvet “saturated with blood” in the back garden of a house in Castletroy.

Coroner John McNamara told the jury at Limerick Coroner’s Court that they would hear graphic details during the inquest into the death of Michal Rejmer, 38, of The Pines, Briarfield, Castletroy, whose body was recovered on January 8, 2016.

“It will be very difficult for his family and friends to hear evidence like this,” warned Mr McNamara, adding that the pathologist’s report in particular would be “quite explicit.”

The deceased’s housemate and former partner, Monika Matracka, 35, had pleaded not guilty to his murder, but was convicted and sentenced this April for his manslaughter by a jury  at the Central Criminal Court.

A friend of the deceased told Limerick Coroner’s Court that Mr Rejmar's relationship with Matracka had ended six months before his death and they continued to live together.

He had also recently suffered the bereavement of his mother.

He was among over 30 people who took part in a search in the days following his disappearance, and they split up into groups to cover a large area around Castletroy.

He searched the area close to the oil tank in the back garden of the house, and suddenly “felt something soft” beneath his feet.

He was accompanied by Adrian Kiely, who set up Limerick Land Search and Rescue in 2013 following the disappearance of a teenage girl in Limerick, and together they found the body at 10.53am on January 8, 2016. Gardai arrived at the scene within five minutes.

The court heard numerous testimonies from Mr Rejmar’s former colleagues in McDonald’s in Castletroy, where he had worked for nine years.

Helen Halpin, one of the managers, described her colleague as a “quiet, polite and honest man, who kept very much to himself.”

She had worked with him on the evening of December 30, 2015, when he left at around 8.30pm that night, and told her that he’d see her again the next day.

When he failed to arrive at work, she rang him several times but there was no answer. When he didn’t arrive to work on the second successive day, she said she “began to get concerned.”

Another manager, Thomas O’Connor, described him as “a very nice person”, who was “very popular” at work.

He identified the body “of my friend and colleague” at 11.10am on January 9, 2016 in the mortuary in University Hospital Limerick.

A report by State pathologist, Professor Marie Cassidy outlined that his body had been left in the house for three days before being removed to the garden.

It was wrapped in plastic, and also concealed by a duvet cover, which was “wet and heavily blood stained.”

The body was fully clothed, apart from his feet, which were wrapped with a pillow case.

No alcohol or drugs were identified in his system, while the most significant injuries were to his arms.

His remains had been in a state of decomposition, and there was “no precise method of knowing the time of death,” she outlined.

Stab wounds sustained to his hands were consistent with injuries inflicted during self-defense, while she noted that an injury to the left side of his head could have been caused by a fall to the ground or a blow to the head.

The jury recorded a unanimous verdict of unlawful killing, in accordance with the findings of Professor Cassidy, who found that the cause of death was due to blood haemorrhage from stab wounds to his arms.

Condolences were expressed with the family and friends of the deceased on behalf of the coroner, An Garda Siochana and the jury.