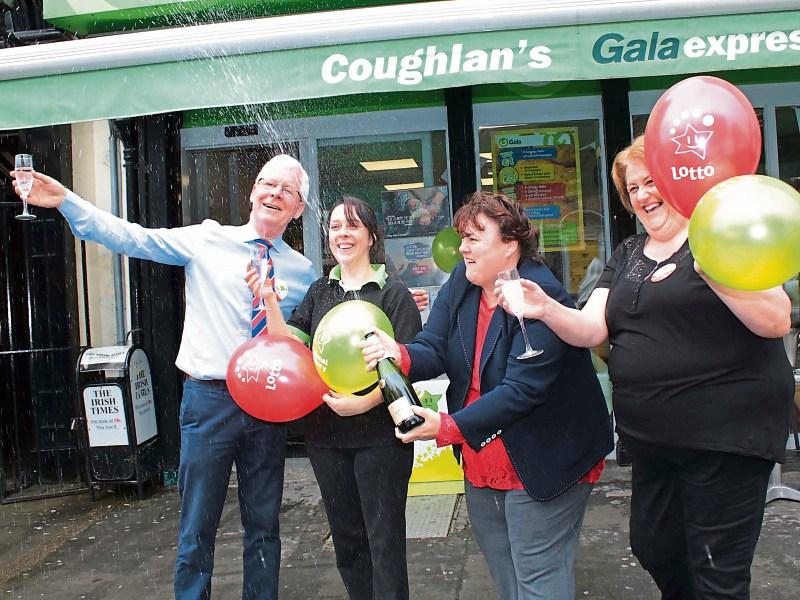 A ticket-holder has contacted the National Lottery to claim the €2.9m Lotto jackpot, after the winning ticket was purchased in Limerick city last week.

The winner has yet to claim the prize, and as is standard in Lotto wins, the claimant has been advised to seek legal and financial advice before collecting their major winnings.

It is the first time the store has sold a major Lotto wining ticket after 15 years in business.

Sandwiched between South’s bar and a bookmaker next door, speculation is rife as to who may have claimed the golden ticket.

A spokesperson for the National Lottery confirmed the €5 ticket was not a Quick Pick ticket.

There were scenes of joy at the store, which employs ten staff, last week, after a sleepless night for store owner Shaun Coughlan, who cracked open a bottle of champagne just before lunch-time.

“We’d love to know who it is. We hope it’s a local and the very best of luck to them. It’s our first time having a Lotto winner and I’m absolutely thrilled,” he told the Limerick Leader.

He received the call relaying the good news from the National Lottery just before 9pm on Wednesday.

“I was absolutely stumped when I heard it. I couldn’t believe it. I’m really excited. Myself and my wife were dancing around the house and told all our neighbours, and I made a few phone calls to staff, and there was very little sleep last night,” he said.