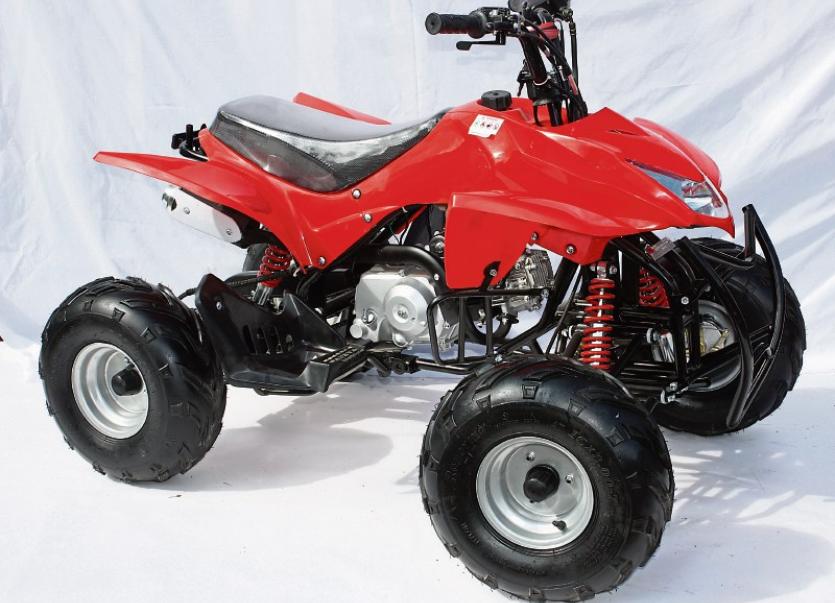 FARMERS in county Limerick have expressed their frustration with the lack of garda resources in rural areas, following a spate of quad bike thefts this year.

It is believed that at least 40 quad bikes have been stolen from farms in County Limerick so far this year, potentially meaning that losses to local farmers could be in the hundreds of thousands of euro.

A number of farmers in the county feel as though they are being “targeted by organised gangs”, which appear to be prominent in rural areas of the county, particularly the west and south, and north Cork.

More than 30 farmers attended a meeting at the Rathkeale House Hotel with Mayor Stephen Keary and gardai from the Newcastle West district last Thursday, to express their frustration.

The farmers believe that the same culprits are offending repeatedly. In some cases reported to the Limerick Leader, people who have replaced stolen quad bikes in the weeks after the first attack have been targeted for a second time.

“They seem to be highly organised, because they are making away with quads easily, and they are coming with vans or whatever is needed to get them out.

“Someone must be noticing vans driving around at 11 or 12 at night, vans they don’t recognise. But when there are so few gardai around, they are able to get away with it,” said one farmer who wished to remain unnamed.

“They are bold, I have been broken into in recent weeks and I have CCTV, which I gave over to the gardai, but it’s no good because they cover their faces and break the locks and walk right in,” said another farmer.

One person said that rural farmers are “living in fear”.

“While they are there, they often take whatever else they can get their hands on, often power tools and other equipment. But the main attraction seems to be the quads.”

Cllr Adam Teskey told the Limerick Leader that he has also been victim to a break-in in recent weeks.

The main concern voiced by the farmers who spoke to the Leader is the lack of garda resources.

“Many of our garda stations are open for an hour or two in the middle of the day, or they are closed altogether,” said a farmer who has been the victim of a theft.

Gardai are continuing to investigate the spate of thefts.