Playground in Limerick village shut due to vandalism by youths 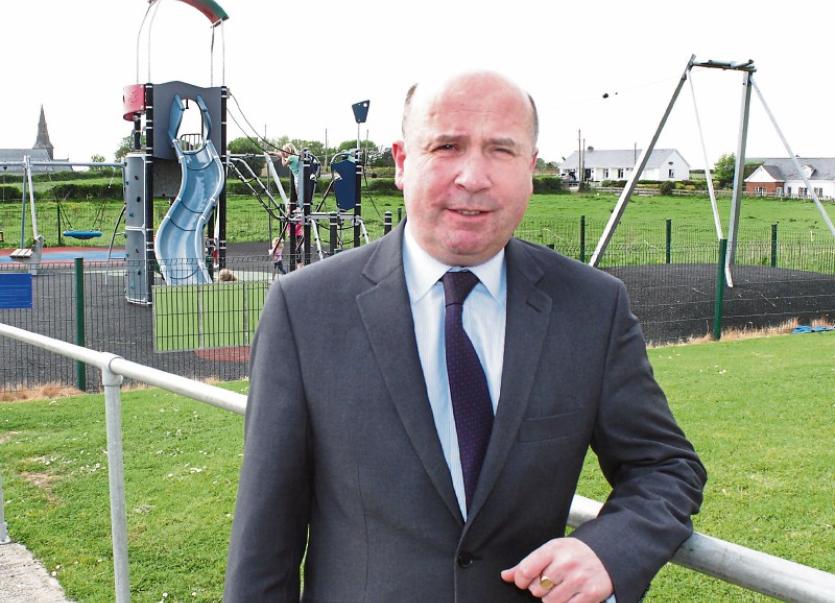 Local councillor Bill O’Donnell said the closure of the playground due to anti-social behaviour “is a matter of extreme disappointment”.

GARDAI are investigating damage caused to a county playground which has resulted in the closure of the facility much to the disappointment of local families.

Gardai at Bruff believe that it is well-known who damaged the playground and they are appealing to witnesses to come forward.

According to locals, children as young as eight and 10 years of age are behind the anti-social behaviour which has resulted in the closure of the facility which cost €146,000 to build.

“There were a handful of youngsters  eight to 10 year olds. They are that young. They have damaged the wet core,” explained Biddy Hayes, secretary of the Bruff, Grange, Meanus Community Council.

“I don’t want to stress the negative because it is only a small handful. It has been a great facility for the community and people are very proud of it and it is well used. A handful of kids are damaging it.”

According to Ms Hayes, children are verbally abusing others saying: “This is our playground.”

Gardai have confirmed that on Thursday last, August 31,  “a considerable amount of damage was done to the protective surface coating of the community playground”.

Local councillor Bill O’Donnell said the closure of the playground due to anti-social behaviour “is a matter of extreme disappointment”.

“It is something I highlighted previously at a meeting of the Cappamore/Kilmallock area committee. It is something I had highlighted in the context of the need for improved infrastructure for the area to include the footpath from the centre of town out to the playground which would improve connectivity between the various communities.”

Cllr O’Donnell said that the anti-social behaviour “is not confined to the playground”.

“My understanding is it has affected private individuals, households and indeed some commercial premises within the town. I am pleading with the parents of these young people to try and assist in putting a stop to this behaviour. There is a responsibility on families and indeed on neighbours to assist in any way they can.”

“We want to stress the positives that could be done. I have been onto TDs and councillors because we asked them to make a pathway from Sycamore Drive. But it’s in the pipeline for 18 months.

“Children from the town are breaking the perimeter fence to gain access to the playground as a shortcut rather than going down through the town up by the sports field and in by An Bru. “The second thing is the CCTV.  Fourteen towns in the county are getting CCTV. Even one of those in the playground would be a big help. We are asking the public representatives to do that path and put up CCTV.”

The long-awaited playground was opened in November 2014. It was spearheaded by Bruff-Grange-Meanus Community Council with the support of Ballyhoura and the council. Ms Hayes said the playground will remain closed “until we can find a resolution”.