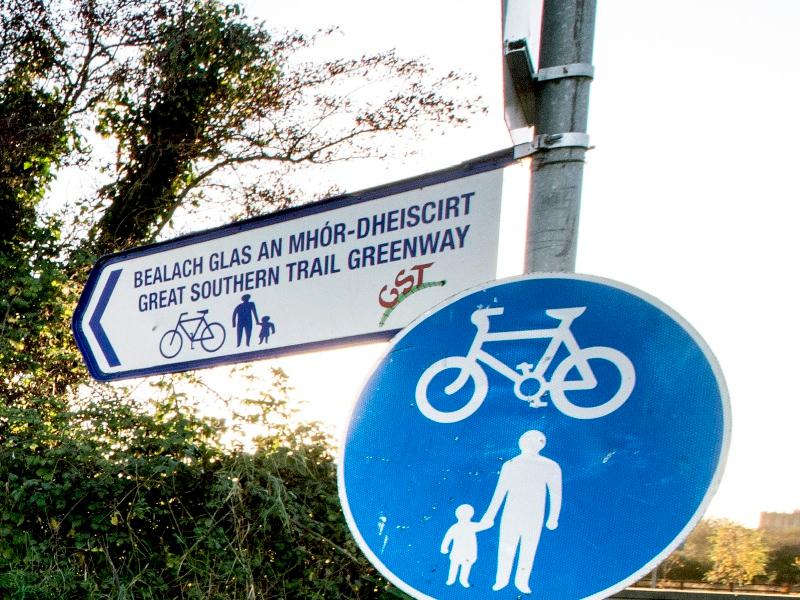 THE Great Southern Trail Group, which pioneered the development of the Great Southern Greenway, has claimed that a poverty of vision has delayed Limerick in having the foremost greenway in the country.

The group, in a statement issued by chairman Liam O’Mahony has reacted strongly to the recent decision by the Adare Rathkeale councillors to postpone a three-kilometre extension of the greenway from Rathkeale to Ballingrane until after the Rathkeale section of the new Foynes to Limerick road has been completed.

Mr O’Mahony expressed their surprise and extreme disappointment that the six councillors had rejected “their own officials’ plan”.

But he called on them to review their position and hold an open meeting on the issue.

“West Limerick and North Kerry have been prevented,  for too long, by a poverty of vision  from having the longest greenway in the country; a proposal first suggested 30 years ago,” he said.

“Often the blame for this neglect has been placed on national politicians but even greater responsibility rests with local councillors.”

He rejected as  “spurious”  the argument  put forward by the Municipal District chairman, Cllr Richard O’Donoghue that their decision was taken to avoid wasting money and avoid having to redo a section of the new extension  to facilitate the new Foynes to Limerick road.

“Any lands necessary for this new road project will be acquired and compensation paid by Transport Infrastructure Ireland (TII) without any cost to Limerick Council,” Mr O’Mahony pointed out.

Moreover, he continued:  “The six local councillors appear oblivious to the considerable time and money spent by their officials in planning/ consultation for the extension which would have protected the State owned corridor from interference and immediately provided a safe walking/cycling path between Rathkeale and Cappagh, along with quiet bye road links for cyclists to Adare.

“They also did not consider that there is an active fibre optic cable under this route which will also be costly to relocate, in the advent of a new road, irrespective of it being covered by a pathway or not,” Mr O’Mahony added.

“Had these councillors’ only concern been financial, why did they hold lengthy meetings on two occasions with the public and media excluded?” he demanded. “Rather, we ask is their real reason for secrecy resulting from their being lobbied by a small group of objectors?”

Mr O’Mahony also rejected the other argument made by Cllr O’Donoghue that “there is no point in sending it out to Ballingrane if it is not going any further” and permission to route the greenway alongside the Foynes to Limerick railway had not been granted by Iarnrod Eireann.

However, Brian Kennedy, the council official with responsibility for the greenway, said they were in discussion with Iarnrod Eireann about a licence for the Ballingrane to Limerick stretch.

“ It is our intention to get the greenway into Limerick. That is our ultimate aim. The route hasn’t been determined but we are working on it. We are keen to extend it,” Mr Kennedy said.

Objectors to the Ballingrane extension have argued that the railway cutting was too narrow to allow a greenway alongside but this has also been rejected by Mr O’Mahony who claimed this week that it was feasible.

He also argued that walkers and cyclists from Rathkeale should have the right to go in the direction of Ballingrane on what was public property. Moreover, he pointed out, it linked the Palatine Museum with the Embury Heck and Palatine settlement in Ballingrane, which was of considerable visitor and tourist importance.

However, he said, the councillors had held closed doors meetings instead of “dealing openly with the concerns, arguments and old fears, which have been shown to be without basis in the existing greenway which stretches 40km westwards from Rathkeale and in the several other successful Irish greenways”.

“These closed doors meetings have added nothing but confusion and unnecessary delay to this vital piece of tourism infrastructure for West Limerick,” Mr O’Mahony said.