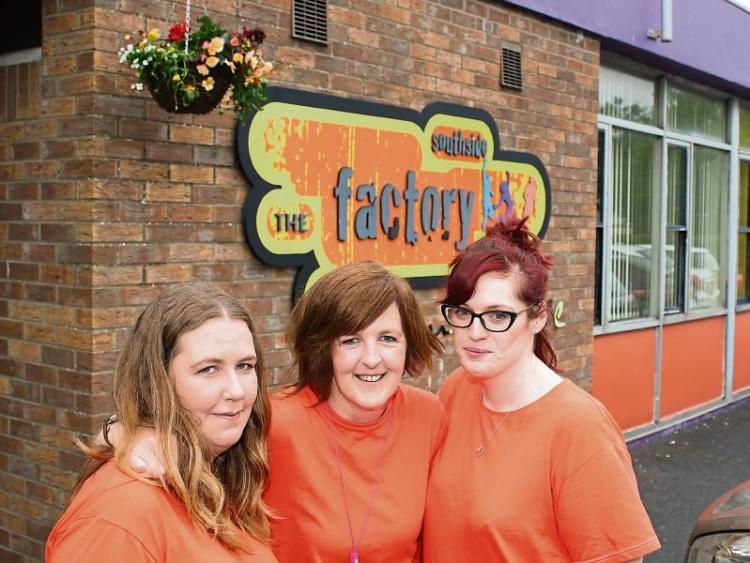 THREE Limerick mums of autistic children have successfully organised a summer camp for children with autism with the help of a huge volunteer response.

Sixty children took part in the four-day summer camp which took place at The Factory, Southside Youth Space in Galvone.

Breda Fitzgerald, originally from Kerry, said that herself, Caroline Hogan and Gemma Murphy were motivated to orgainse the autism specific camp due to the lack of services available for their children.

"Holidays and weekends are the toughest time for families of children with autism," explained Ms Fitzgerald.

She added that the three mothers, who formed a Facebook group for mums with children who have autism living in Limerick, have joined forces to ensure that their children have access to activities during the school holidays.

"Regular kids can attend any camp they want throughout the summer but it is very hard for our kids to access those camps.

"With regular camps children aren't intentionally excluded but children with autism might not have the social skills and other skills needed to be able to access a regular camp.

"You have a lot of kids that are non-verbal so therefore we felt that there was a need to create an autism specific summer camp."

Children aged two to 18 years were accommodated for several hours each day, aided by the Limerick Sports Partnership.

Inundated with requests from parents in the Limerick area, the organisers of the camp were delighted with the response as they received sixty names in the space of four hours.

Minecraft, arts and crafts, baking, gardening, sports, music, sensory play, Lego, boxing, and a disco were among the activities on offer at the summer camp.

The three mothers thanked the "impressive volunteer response from the people of Limerick" and said that the camp would never have went ahead without them.

Breda Fitzgerald took time to thank the staff at Mr. Price in Annacotty who rallied together to raise money for balloons and crafts for the summer camp, providing a fun atmosphere for the children.

"It's a different environment and the children are loving it. We are so happy with it and it's worth every minute of the hard work.

"We are already in the process of organising a Halloween camp, " added Breda Fitzgerald.

While sixty children were accepted for the first camp, the organisers received numerous more calls from parents and stated their wish to expand the number accepted for their next venture.

For more photographs from the popular summer camp, visit page 16 and 17.