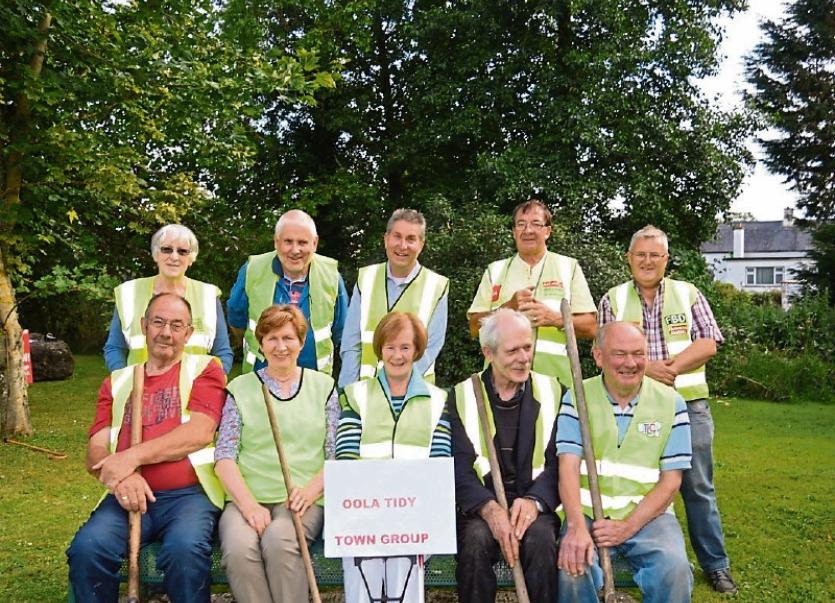 OOLA Tidy Towns have been voted in as the fourth finalist in this year’s Limerick Going for Gold Community Challenge.

Two key projects have begun in Oola in the past 12 months as the group looks to improve on last year’s points tally, including the restoration of a stone wall that dates back to the 1840s which has enhanced the east Limerick village and plans are also underway to develop a wildlife park at the top of the village.

Oola Tidy Towns encourages young people in the area to come out and get involved with the work carried out by the local committee.

“Thanks to all who voted for our lovely village yesterday,” read a post on social media last week after the result was announced.

Every week six community groups have featured in the Limerick Leader and on Live 95FM’s Limerick Today programme.

The fifth weekly public vote takes place this week and Caherdavin, Newcastle West, Hospital, Southill and South Limerick City Residents Association will all be hoping to secure a place in the grand final.

One winner each week will be picked to join Athea, Galbally, Castleconnell and Oola in the final with the public vote (texts cost 20c) opening at 12midday every Thursday with the weekly winner being announced on Friday morning.

Each of the weekly winners go forward to the grand final along with a number of wildcard entries which will be selected by a panel of local judges.