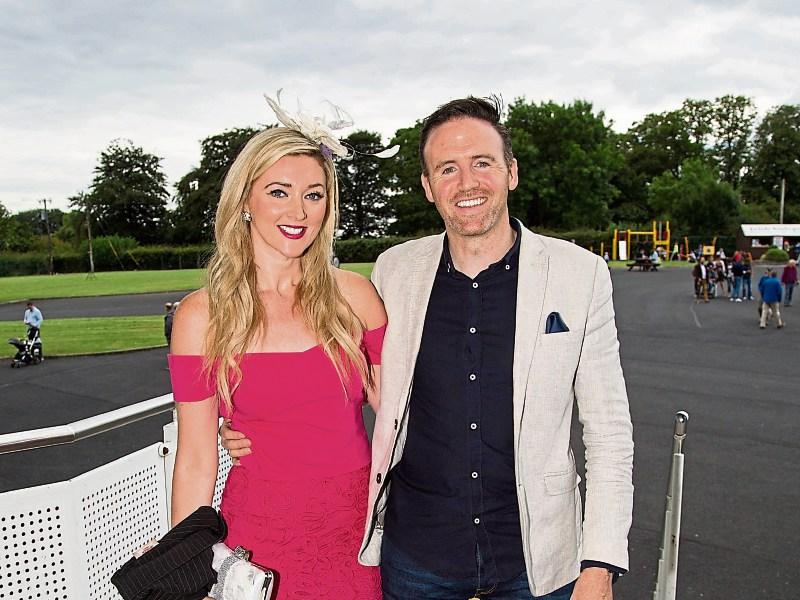 Tom Neville TD with his girlfriend Jenny Dixon, who is known for her role as Kerri-Ann in Fair City

WEST Limerick TD Tom Neville is due to appear in an upcoming Irish feature film, alongside his actress girlfriend Jenny Dixon.

The FG TD for County Limerick has long been involved in the acting scene in Limerick, and met Jenny, who is known for her starring role as Kerri-Ann in Fair City, at the Richard Harris International Film Festival in the city.

The two are making their feature length debut together in Full Circle.

“The final scenes are being completed over the next couple of weeks. Then it’ll go into post-production and is due to be ready to air at Christmas,” he added.

Although work as a politician is no doubt a full-time job, the deputy said that acting is an important hobby of his.

“When I get time, keeping in touch with the acting and the arts, it’s a pastime. I don’t get much time for it anymore, but when I do, it keeps me in touch, it keeps me very grounded,” he said.

“It allows me to communicate with people on a different level than what you would professionally. It keeps me grounded, I enjoy it, and it’s great to be able to interact with people on a personal level,” added Mr Neville.

As well as providing a creative outlet, the TD thinks that being involved in local arts and community groups bridges the gap between a public representative and the people.

“At the end of the day, we’re all the same – that’s the way I see it anyway, and I’m hoping that this can be used as a vehicle to be able to personify that.

“I play soccer as well, and it’s the same thing, you’re just communicating with people in an ordinary, everyday situation. I’m in a situation where I take direction, where I listen and take direction and act on something, and if I don’t take direction the project fails. So it’s good for me as well and it keeps me on my toes,” he added.

“I’m campaigning all the time for arts and mental health together, I think there’s huge synergy between both, and the exponential benefits of the arts when it comes to people’s wellbeing – the creative side of it, the expression side of it, the community side of it – it’s massive.”

Jenny Dixon, who has a starring role in Full Circle, told the media that Mr Neville landed a part in the film after impressing its director Noel Brady, who is based in Meath.

It’s not the first time the actor-politician has hit the big screen, having worked on a few short films. He was shortlisted for an award for his 2015 rendition of the Trainspotting ‘Choose Life’ monologue. He previously won an award for a monologue from the film Contact.