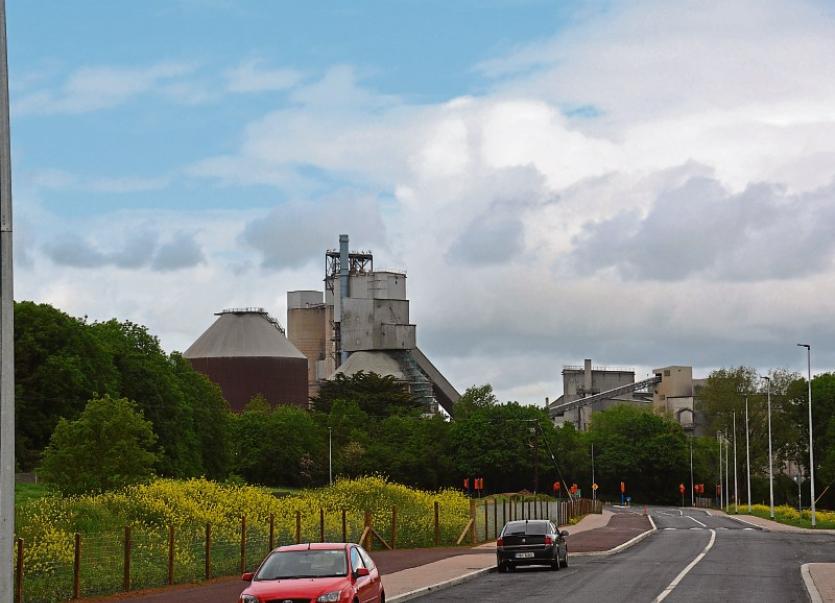 Irish Cement: Set for an oral planning hearing next week over development plans

AN Bord Pleanala has agreed to extend next week’s oral hearing on Irish Cement’s plans for Limerick into a fourth day.

The national appeals body had scheduled the hearing at the South Court Hotel in response to huge opposition to the €10m proposals, which will see the Mungret plant progressively switch away from using fossil fuels in favour of solid recovered waste and used tyres.

An Bord Pleanala this Wednesday wrote to Limerick Against Pollution (Lap) to inform them that rather than three days, the hearing will last for four days.

Starting on Tuesday at 10am in the South Court Hotel, the oral hearing can now last up to Friday, September 1 if required.

The letter, seen by the Limerick Leader, states: “The arrangements of the oral hearing have been altered in light of concerns expressed three days may not be enough to address issues raised by a third party.”

The move has been welcomed by Lap, which remains bitterly opposed to Irish Cement’s plans, fearing among other things, an increase in emissions to the local environment.

Irish Cement has always insisted the reforms will not bring this, and as well as creating 60 temporary jobs, the measures will safeguard the future of the Mungret plant.

He called for more time beyond the four days allocated, saying: “The point of the oral hearing isn’t about an opportunity for us to let off steam and rant about whether we like something or we don’t. It is for the inspector to hear argument about the merits of refusing or approving, and that important role should dictate that the proper time is allocated for the inspector and also to enable all parties involved to make arrangements to appear and be heard.”

Irish Cement declined to comment on the witnesses it would be putting forward at the hearing.

As well as Lap, a number of other groups and individuals will seek to put evidence before the hearing, including local Fine Gael councillor Daniel Butler.

“I’d expect there to be a number of submissions from local people. My only concern is the time it’s happening, what with schools returning. I think this will take away from it. The timing has not been great, and the preparation time has been quite short. Despite this, I’d anticipate there will be a significant amount of people wanting to have their say,” he said.

Following the hearing, An Bord Pleanala will then take its time to deliberate on whether to allow Irish Cement permission to build the new facilities it requires for the development.

But the ultimate power on this lies with the Environmental Protection Agency, which will ultimately decide whether Irish Cement is given a licence to burn tyres and solid recovered waste in the area. It’s understood the regulator will not move until after An Bord Pleanala.