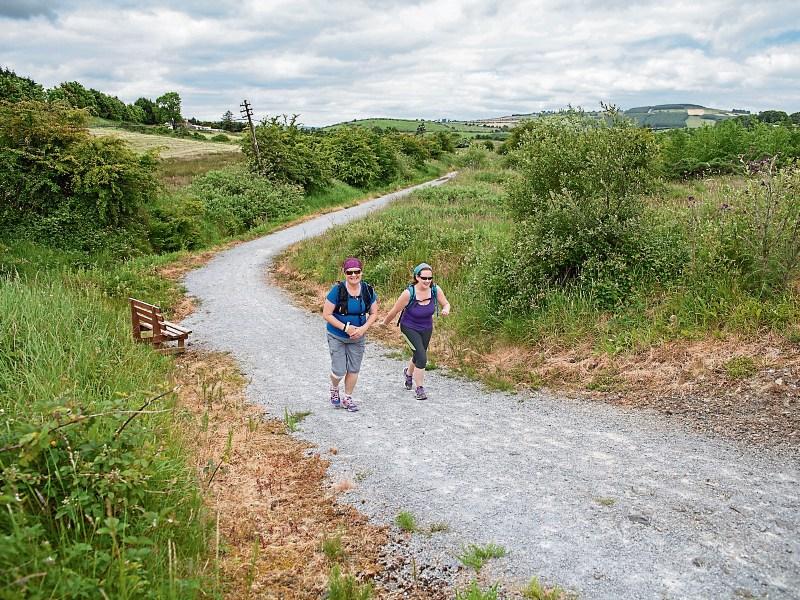 THE proposed extension of the Great Southern Greenway from Rathkeale to Ballingrane has been put on hold.

Councillors in the Adare Rathkeale Municipal District this Tuesday voted to postpone any development until the Foynes to Rathkeale section of the new Foynes to Limerick road is completed.

The councillors’ decision has come after intense discussion behind closed doors at two specially convened meetings and was relayed to the Limerick Leader and to members of the public shortly before 8pm this Tuesday.

Afterwards, Cllr Richard O’Donoghue, the chairman of the district, set out the reasons for their decision.

“There is no point in putting down a section of greenway if it is going to be dug back up again,” he said, referring to the fact that up to 1000 metres or  a third of the proposed new section would be affected by the Limerick Foynes road and would have to be re-aligned and redone.

“We will not extend it until the Foynes to Rathkeale road will be done,” he said. “It would be a waste of money.”

It was unclear how long that will be, but it could be up to five years, Cllr O’Donoghue said before adding: “There is no point in sending it out to Ballingrane if it is not going any further. We are all in favour of the greenway but we want to make sure we can finish it.”

“The whole idea is to bring the greenway from Kerry to Limerick and the only way to get that is to get permission from Iarnrod Eireann,” he continued.

That permission, he explained,  would entail either running the greenway alongside the railway line or, in the event of the line being closed, along the track itself. “They have no permission got,” Cllr O’Donoghue said. “We have asked for it. We want it in writing before we go ahead. There is no point in spending money if we cannot complete the task.”

A feasibility report on bringing the Limerick to Foynes rail line  back into service has been drafted and Cllr O’Donoghue expected it would be made available in the next few months. That, he believed,  would have a bearing on any decision by Iarnrod Eireann and ultimately on the decision to grant permission for a greenway, To bring the line back into service would also require money, he pointed out.

Cllr O’Donoghue acknowledged that Hinterland Fund money had been allocated towards the maintenance and development of the greenway, including the extension to Ballingrane. “We don’t want to lose that funding,” he said, explaining that the allocation for Rathkeale would now be spent on improvements to the trail in and around Rathkeale.

Meanwhile, a number of residents from the Ballingrane area who attended the very brief public session of Tuesday’s meeting, expressed a certain amount of relief that the extension was now being put on hold.

“We are not against the greenway per se,” Philip Ruttle said, but added: “There is no point in going to Ballingrane unless they go to Limerick.”

Mr Ruttle, in last week’s Limerick Leader, expressed concerns about the accuracy of the plans drawn up by Limerick City and County Council for the extension and also raised doubts that a greenway could be developed alongside the live rail line, given its width. “We are happy it is pushed back,” he said.