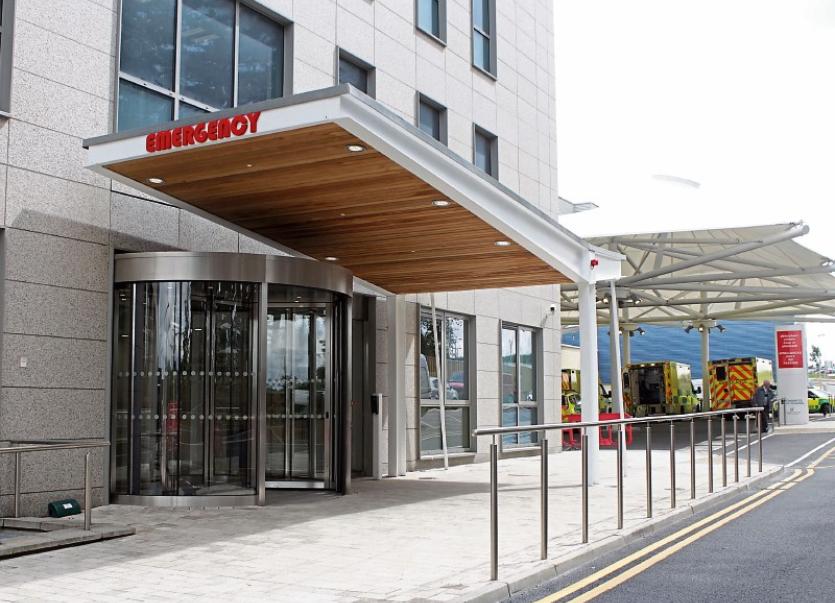 UHL is now ‘running out of trolleys’, says the INMO, which is seeking an urgent meeting with management

A WOMAN in her 70s waited 67 hours on a trolley for a bed in University Hospital Limerick, with staff now seeking an urgent meeting with management as the crisis of overcrowding has escalated in recent months.

A concerned and frustrated staff member, who wished to remain anonymous, said the number of people on trolleys in UHL “is now setting a record for all the wrong reasons.”

In another case this week, a Limerick woman wrote an emotionally charged letter to Taoiseach Leo Varadkar after her 81 year-old mother, who has Alzheimer’s, was left on a trolley in A&E in UHL for 33 hours, saying she was “ashamed to be a citizen of this country.”

Mary Fogarty, industrial relations officer with the Irish Nurses & Midwives Organisation in the Mid-West (INMO), said they will be seeking an “urgent meeting” with hospital management, with fears the situation could deteriorate further in the winter months.

“It is totally and completely unacceptable that frail, elderly people are being left for so long on trolleys. They have to be prioritised for beds, and we have raised this repeatedly,” said Ms Fogarty.

Ms Fogarty said she has been inundated “with calls and messages from staff expressing a lot of concern about how the situation is escalating. Many are worried about the scale of overcrowding and the availability of staff on the floor.”

She said the recruitment of staff, in the first instance, continues to be a problem, as is the retention of staff, due to the conditions in the Dooradoyle hospital.

In addition, she said there have been reports from staff that the unit “is now running out of trolleys” for those waiting for a bed.

The level of overcrowding in UHL was also the worst in the country so far this year, with 4,782 patients waiting for a bed.

Forty-six patients were waiting on trolleys and in wards in UHL this Wednesday – again, the highest level in the country.

But a spokesperson for the hospital said that this number typically reduces over the course of the day, as patients are discharged or transferred. It had been reduced to 18 by 2pm this Wednesday.

Plans to open a 17-bed short stay unit for medical patients in the old ED are advanced and it is expected the unit will open in the near future.

Sinn Fein deputy Maurice Quinlivan said the “chaos” which can be witnessed in the Limerick unit is “shameful” and “a national disgrace”.

“We cannot continue like this with people lingering on trolleys for hours on end. We need an intelligent, coherent and progressive plan to end this crisis,” said deputy Quinlivan.

While the state-of-the-art emergency department (ED), which opened in June, is over three times the size of the one it replaced, Ms Fogarty said the corridors are actually narrower, which is adding to congestion levels and the frustration of both staff and patients alike.