$300,000 sought for legal bid for both convicted of Limerick man Jason Corbett's murder 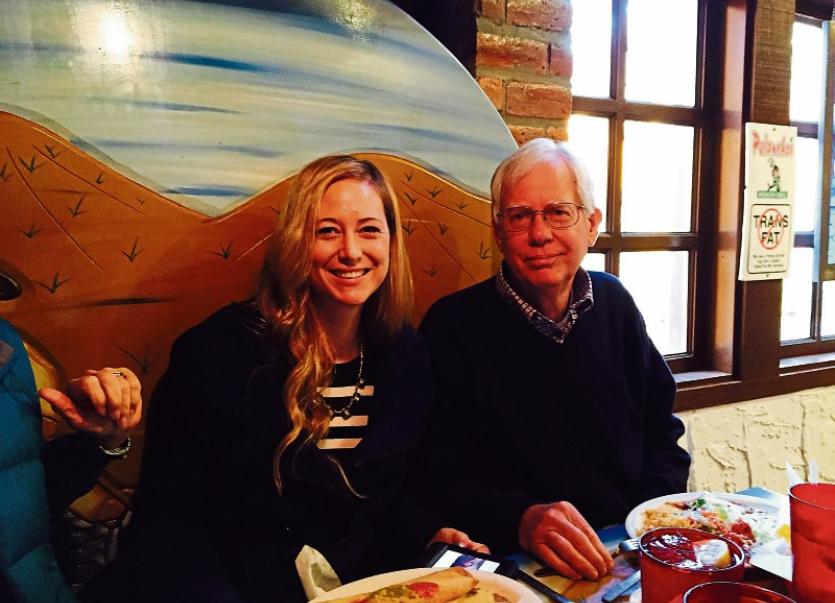 A fundraising campaign has been launched to help the American father and daughter found guilty of the second degree murder of Limerick man Jason Corbett fight what their supporters claim was a “wrongful conviction.”

The GoGetFunding page, which was set up by Ms Martens’ aunt, Mona Earnest in the US, seeks to raise $300,000 to help them to pay for their continuing legal costs in lodging an appeal and to also “fight the wrongful death suit.”

Supporters of the Corbett family have reacted angrily online to the creation of the page, just three days after they were both unanimously found guilty of his second degree murder.

“Molly and Tom put the Corbett family through sheer hell and continue to do so through their extended family. Stop,” wrote one person.

To date, some $6,864 has been raised from 41 backers, which a minimum donation of $10 being accepted, after the online donation page was established this week.

The page – which is called ‘Right the Wrong, Help Molly and Tom’ – outlines that the legal expenses already borne by the Martens family has “gutted the family financially”.

“We desperately need your help,” it states.

It describes Mr Martens as “a 31-year veteran of the FBI” who came to his daughter’s aid when she was allegedly being strangled by her husband Jason Corbett, 39, in line with his defence in court.

“Tom went to Molly’s defense, and in a battle for their lives, the husband [Jason Corbett] died,” it states.

Ms Earnest has now been subjected to abuse on her Facebook page for initiating the page.

Her profile picture is of her with her husband Mike, and Mr Corbett’s two children, Jack and Sarah, with calls on the open social media page for the image to be removed.

The image used on the fundraising page is of a smiling Ms Martens Corbett and her father on the day they were charged with his second degree murder and involuntary manslaughter. The latter charge was later dropped, before being reinstated as a second option for the jury to consider.

Separate to the criminal convictions, a wrongful death lawsuit was filed last month against Ms Martens Corbett, Mr Martens, and his wife Sharon Martens is also listed as a defendant.

It also alleges that Mrs Martens “assisted, aided and abetted the defendants in the killing of Jason Corbett and in the concealment and destruction of evidence related to Jason Corbett’s death”.

Mrs Martens has not been criminally charged in Mr Corbett’s death.

This Wednesday, a jury of nine women and three women found Molly Martens Corbett, 33, and her father Thomas Martens, 67, a former FBI agent, guilty of his second degree murder in his home in North Carolina in the early hours of Sunday, August 2, 2015.

Both have indicated they will be appealing the guilty verdict of the Davidson county court.

The Lexington Dispatch, a newspaper in Davidson County, has reported that Walter Holton and David Freedman, lawyers for both, said that appealing the second-degree murder conviction could take approximately a year.

The first step in the process is requesting a copy of the court transcript.

Davidson County District Attorney Garry Frank estimated that getting the court record together could take 90-120 days.

Once that’s approved, another 60-90 days is required for briefs to be submitted and then it’s a matter of the Court of Appeals’ calendar.

Both lawyers said their clients will be processed and then the Department of Public Safety will send each of them to an appropriate correctional facility.

Defendants found guilty normally have between 60 and 90 days to file for appeal in the US state.

The appeal will be heard in the North Carolina Court of Appeals, by a panel of three judges.

The foreman of the jury has said that a key piece of evidence which led jurors to convict father and daughter was the presence of the brick, or cement “paver”, on the nightstand in the bedroom.

Jason Corbett’s older brother Stephen has described Thomas and Molly Martens as “evil to the bone” and said that he will never be able to forgive them.

“In my mind they should be locked away forever. I would never reach out to them, I could never forgive them for what they did to him.

“The only way I would describe her and her father is evil to the bone and that's it.”