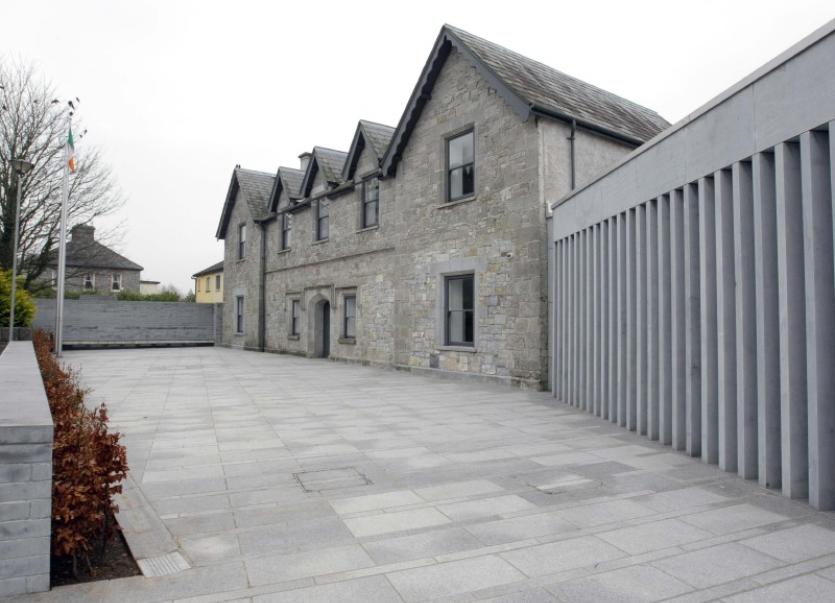 A PENSIONER who kissed a woman he is working with on the cheek and slapped her bottom was fined €1,500 at Kilmallock Court.

Frank O’Connell, aged 67, of Rathmacknee, Killinick, Wexford pleaded guilty to sexually assaulting the female, aged in her forties, at a business premises in south Limerick.

The case was heard in May but was adjourned to the most recent sitting of Kilmallock Court for sentencing. As well as the fine, Judge Marian O’Leary ordered O’Connell to do 240 hours community service in lieu of six months in prison.

At the original hearing, Sergeant Michelle Leahy said O’Connell was performing an audit in the business premises where the injured party worked on April 25, 2016.

“He kissed her on the cheek. He slapped her on the bottom. He rubbed her bottom with his hand before moving up to the small of her back. She moved away. He attempted to kiss her again and left the office. She reported it to gardai,” said Sgt Leahy. The investigation was carried out by Garda Brendan Daly.

In mitigation, Tom Kiely, solicitor for O’Connell, said his client is a 67-year-old gentleman with no previous convictions.

“He is married with two children in their thirties, both doing well. He is deeply ashamed of his actions, is deeply remorseful and wholeheartedly apologises to the victim. It is something he has wished to do for some time. In the immediate aftermath he was advised not to do so in Wexford, which he regrets,” said Mr Kiely.

Judge O’Leary asked was it the first time he met the woman? “Yes, the first time,” said Mr Kiely. The solicitor said O’Connell indicated a plea of guilty from the start.

“He has being doing audits for over 40 years and has an exemplary record. He has worked in various different institutions and has had upto 40 staff under him. He dealt with staff on a daily basis and never has had any complaints made against him,” said Mr Kiely, who handed in a number of good references.

“He has never had disciplinary action taken against him. He has been involved with the local retirement club, social club and GAA club. He is very much an active participant in the local community and has done lots of voluntary work.

“That said he has to take responsibility. I am not seeking to minimise the effect this has had on the injured party - this incident has led to his retirement. He was self-employed, contracts were cancelled when they became aware of this. His family are aware of the allegations. This has caused great distress, including to his children. He is deeply ashamed and embarrassed. This is now common knowledge and has affected his role in the community,” said Mr Kiely. It is hard for him to explain what he did, he said.

“It is completely out of character, a complete aberration. I am not seeking to justify it any way - it is sad that a man reached 67 with an unblemished record to be before you on such a serious matter. It has caused him significant stress.

“He has been punished from a local perspective - the embarrassment of it. His good name is ruined - it is difficult to mix in the same circles and the effect it has had on his employment and family,” said Mr Kiely. Sgt Leahy said the victim impact statement shows how O’Connell’s actions affected the injured party.