Limerick still ahead in race for LNG plant 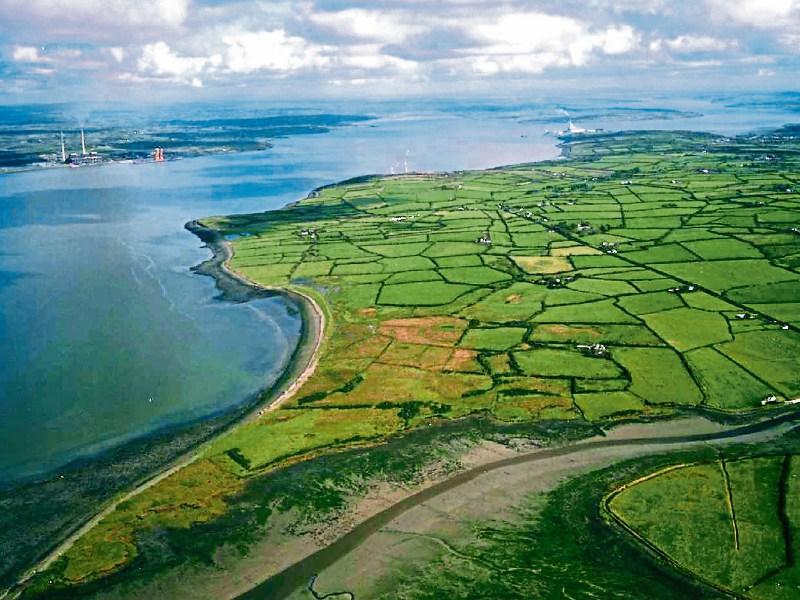 A bird’s eye view of the estuary, looking east from Ballylongford towards Tarbert, to the right

THE plan to develop the Shannon liquefied natural gas (LNG) plant at Tarbert remains live even though another company, NextDecade, has announced plans to ship LNG into Cork harbour.

“Our activities are continuing,” Paddy Power, the man spearheading the Shannon LNG plant for Tarbert/Ballylongford  said this Wednesday.

“Our enthusiasm and efforts are undiminished. The Shannon Estuary is an ideal location for an LNG terminal. We looked at all the places where we could site and had to demonstrate to An Bord Pleanala that we had picked the best site.”

Meanwhile, local community representatives remain optimistic that the long-awaited Shannon LNG plant will, eventually, become a reality and deliver much needed jobs and investment to the area.

“I would really hope it is not the end of the road for Shannon LNG,” Joan Murphy, secretary of Tarbert Development Association said. The Cork proposal, she added, has “a long road to travel”, one already covered in Tarbert Ballylongford.

John Fox, a community spokesman on the gas project, admitted a “little bit”  of concern. “We don’t believe the market in Ireland is big enough for two companies,” he said.  However, he added: “The fact there is another company willing to come in to Ireland tells us that they do see an opening here.”

What was needed for the Shannon LNG project to proceed was certainty from government, he said. “This is coming down to political willingness,” he said, calling for the government to “stand up and be counted” on behalf of the communities of North Kerry and West Limerick which needed the jobs.

Kerry TD Jimmy Deenihan said Shannon LNG is “still very much in contention for future development” particularly given that  current Irish gas supplies are due to run out in 15-20 years.  “We will need a gas supply, we will need energy security,” he said. In addition, Shannon LNG had a headstart over the new proposal for Cork. “It has permits and foreshore licences,” he pointed out.

According to media reports this week, NextDecade, the US energy company behind the Cork proposal, has signed a memorandum of understanding with the Port of Cork to develop a facility near Whitegate.

The company plans to ship over €300m worth of liquefied natural gas from Texas to Cork each year, where it would be “regassified” on board a tanker permanently moored in the harbour and piped into the national grid.

Shannon LNG, similarly, plans to ship in liquefied gas and process it at a purpose built plant in the Ballylongford land bank and then pipe it into the national grid near Foynes.

Last year, the proposed terminal at Ballylongford and the gas pipeline to  Foynes were listed as a key European Project of Common Interest, as part of a move to  integrate Europe’s energy markets and diversify sources, according to Sean Kelly, MEP

This designation, Mr Kelly said at the time, was of huge significance, as it opens up the possibility that Ballylongford could supply not just the Irish market but the European market. It also opened up increased possibilities for funding, he said.

Meanwhile, according to Paddy Power, new regulations introduced earlier this year by the EU will lead to tariff harmonisation throughout Europe and are due to come into force in Ireland by 2019. It would bring increased regulatory certainty, he explained, something the company wanted and needed. Without certainty, it would be “very difficult to justify such a large investment”.

The Shannon Foynes Port Company, which has jurisdiction over the estuary, has consistently supported the Shannon LNG proposal, regarding it as a good fit for the estuary with its deep-waters capable of handling very large vessels.