Limerick councillor Adam Teskey and his father are 'pelted with stones' 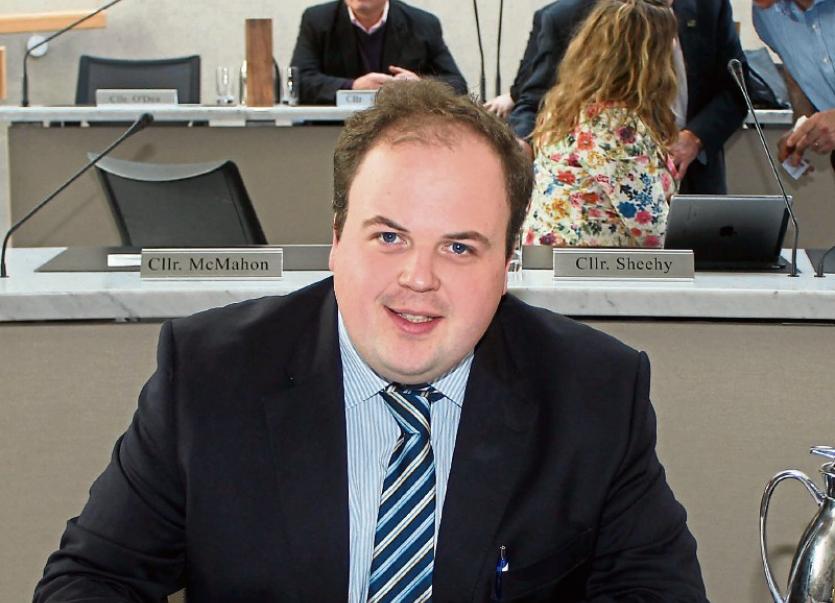 FINE Gael councillor Adam Teskey was pelted with stones during an incident in county Limerick this week.

Speaking at a meeting of Adare Rathkeale Municipal District this Tuesday where crime figures for the area were being discussed, Cllr Teskey revealed that he and his father had been pelted with stones during an incident in Askeaton at the weekend.

And in a further revelation, he said that siphoning off of agricultural diesel was a big problem for farmers in the area and that he too had suffered.

“I have lost about €500 worth in the last three to four months, with diesel being siphoned out of tractors,” he said. And he argued that farmers felt they were being targeted.

But the Rathkeale based councillor then went on to describe an event which took place last Sunday evening. He and his father were driving tractors and farm equipment in convoy through Askeaton, he said, when a group of youngsters began pelting them with stones from behind a low wall on Church St.

“I jammed on the brakes and the language was very colourful I assure you,” he told fellow councillors. “If you break a back window in a tractor it is €1000.” He phoned the gardai but nobody was immediately available. In a follow up call by gardai, he was told a car would be deployed from Henry St Garda Station.

“I am very sorry to hear to hear about the stoning,” said Supt Tom O’Connor who was attending the meeting to discuss policing figures in the district.

But he acknowledged there were issues of manpower, logistics and response time.

“I am shouting for manpower,” he said.

Policing figures for the Adare Rathkeale area, the superintendent told councillors, show an increase in burglaries in the first six months of 2017 compared with the same period last year, from 35 to 49. Theft from cars at 31, was almost double the 2016 figure and criminal damage cases had increased by almost 50% from 33 to 47.

He attributed the rise in assaults causing harm, from five to eight cases, to garda diligence in prosecution and a greater willingness of people to come forward. But there had been a fall in the number of stolen cars, in thefts from shops and other thefts, the superintendent said.

There had been seven drug possession cases in the first six months and two cases of a more serious nature.

But Cllrs Emmett O’Brien and Kevin Sheahan raised concerns about drug dealing in the Pallaskenry, Kildimo and Askeaton area.

“It is not a scourge but it is something people are starting to notice,” Cllr O’Brien said, explaining that groups of  “young disaffected men aged 17-22”, who are not working or in training, are being taken advantage of by drug dealers.

There are “travelling gangs” coming into Pallaskenry and Kildimo from the Limerick and Askeaton direction, he said, and he believed they were making drop-offs which filtered down to local dealers and then “down to young men who are outside the margins”.

“In Askeaton, the drugs business is on everybody’s tongue,” Cllr Kevin Sheahan said, explaining that transactions are taking place in certain locations in the town every week.

“People, from their houses, tell me they can witness the same event taking place weekly.”

Ordinary people are being offered whatever they would like to get, he continued and there is a nervousness that is growing.

“There is anger among the people and they do blame the closure of the Garda Station, and they do see it as closure. It is not open as much as it used to be,” Cllr Sheahan said.

Arguing that more gardai are needed in Croom, Cllr Richard O’Donoghue said the force locally needed more gardai and more cars equipped with number plate recognition. “We need proper cars and not the hand-me downs from Dublin,” he said.

Cllr Ciara McMahon agreed saying that the same issue about equipment had arisen with the fire service.

“We are not getting the new stuff because we are rural,” she  said. The decision to drop recruitment during the recession had had a detrimental  effect, she argued,  and the force had also lost a lot of experience due to retirements.