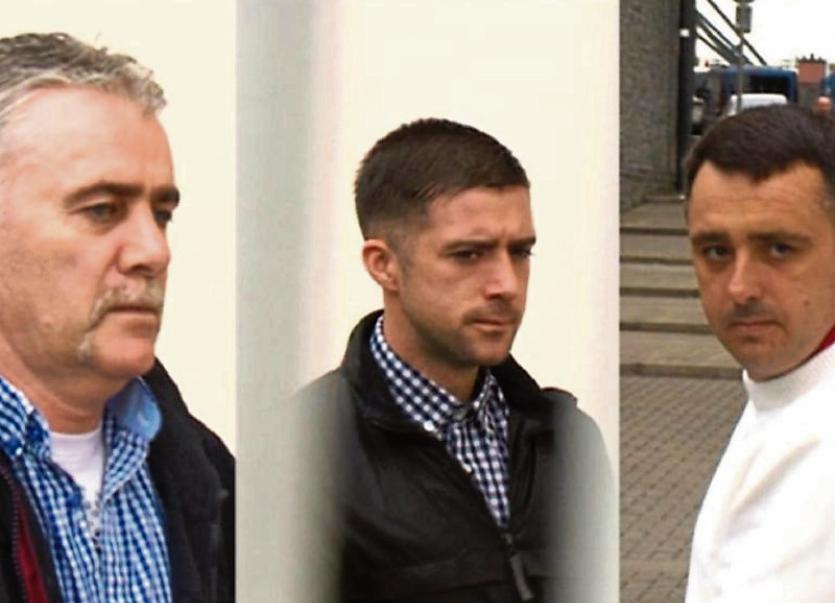 Three men have been convicted over their involvement in an aggravated burglary at the home of a Limerick businessman more than five years ago.

They had also pleaded not guilty to falsely imprisoning Gerard Garvey, his wife Ann and three of their four children after entering their family home at around 10pm.

Following more than four hours of deliberations a jury at Limerick Circuit Court returned unanimous guilty verdicts in the case of Patrick Roche and Philip Roche shortly after 2pm this Thursday.

The jurors returned unanimous guilty verdicts in the case of Mr Freeman when they returned to court again shortly after 4pm.

Patrick Roche and Philip Roche were also found guilty of similar charges relating to another violent burglary at the home of three elderly siblings at Ballyluddy, Pallasgreen on May 31, 2012.

Over the course of almost five weeks of evidence, the jury of seven men and five women heard from a large number of gardai as well as several civilian witnesses.

The trial also heard evidence from two witnesses who have each been convicted over their involvement in the aggravated burglaries.

After thanking the jury for their service and patience during the trial, Judge John Hannan excused them from further jury service for 20 years.