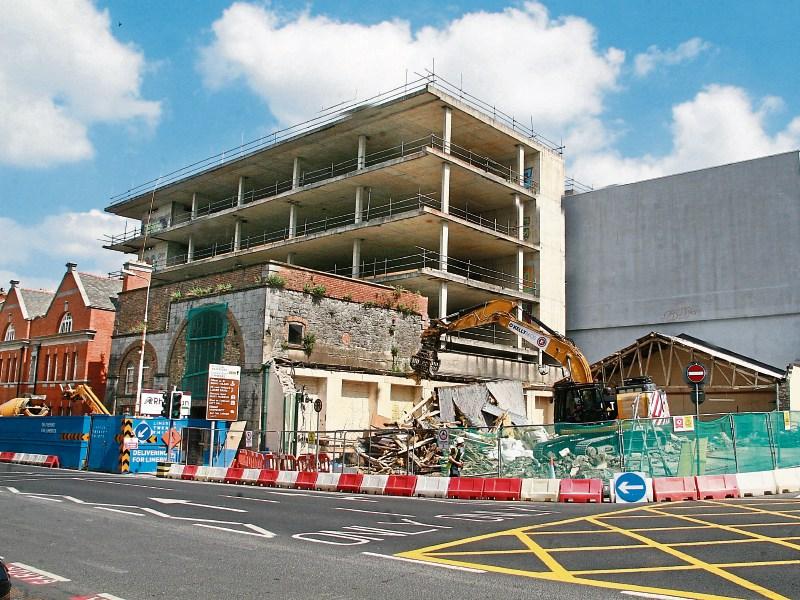 COUNCILLORS have formally transferred the running of the Gardens International site to Limerick Twenty Thirty.

The move means that City and County Council members will no longer have a direct say in key decisions around the project, with orders formally being made by the board of the Limerick Twenty Thirty special purpose vehicle.

Already well advanced, the Gardens International development in Henry Street (formerly the Hanging Gardens site) is set to provide office space for up to 700 workers.

Councillor James Collins, a director of Limerick Twenty Thirty formally proposed the disposal of land to the firm.

Fellow director Cllr Seamus Browne seconded the disposal. But Solidarity councillor Cian Prendville said: “The concern that I have is that once the council has handed this over, this is the last vote we get on it. Any future decisions will be made by the board of Limerick 2030.

“I have very serious reservations about this.”

Council CEO Conn Murray pointed out that elected members were in a majority of the board of Limerick Twenty Thirty.

He said regular updates will be made to the full meeting of council, while updates will also appear in the CEO’s report he is mandated to produce.