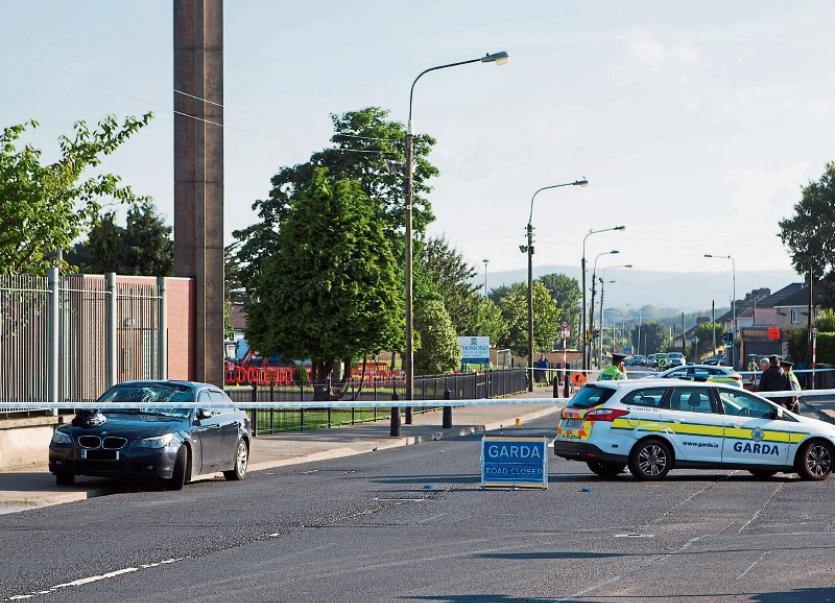 The scene of this Monday's fatal crash at Kileely Road

A MAN has died after being knocked down in a road accident on the northside of Limerick city.

The pedestrian, who was aged in his 40s and from Ballynanty, sustained serious injuries when he was struck by a dark-coloured BMW at Kileely Road at around 11.40pm.

It is understood he was pronounced dead on arrival at University Hospital Limerick a short time later.

“He was a lovely man, I can’t believe it. It’s unbelievable,” said one woman at the scene this Monday morning.

“He was just crossing the road when he got a smack of a car. It’s awful,” said another man who lives nearby,

While the driver of the BMW, whose aged in his 20s, was treated for shock following the accident he was not seriously injured,

A section of Kileely Road – directly outside St Lelia’s church – was closed overnight to facilitate a forensic examination of the scene. It re-opened shortly after 11am.

Morning Mass at the church was cancelled this Monday as a result of the incident with Mass-goers being advised of the situation by gardai as they approached the scene.

The 07-registered BMW which sustained a smashed windscreen in the impact has been removed from the scene for a technical examination.

A post mortem is also to be carried out on the deceased man’s body at UHL.

Gardai at nearby Mayorstone Park station are investigating the circumstances of the fatal collision and any witnesses are asked to contact them at (061) 456980.