ZINEDINE Zidane, Raheem Sterling and French midfielder Adrien Rabiot are just some of the icons of world football that a young coach from Limerick has encountered on his travels.

Former Arsenal Gap Programme student Evan Doran, aged 22, is currently working as a football coach in a holiday resort in Greece, where he has met some of his childhood heroes.

The Southill native has fulfilled a lifelong dream to become a coach since completing the internationally-known programme in 2014, and has gone from strength to strength, participating in highly regarded roles with the Premier League club in London and Barbados.

The luxurious surroundings of Eloúnda, Greece will be called home for the next five months since began coaching at the upmarket resort of Porto Eloúnda Golf and Spa.

Based in Arsenal’s soccer school at the resort, Evan works with a host of famous names who use the school to maintain their fitness levels throughout the holiday season.

Evan has highly praised the ongoing work by Reclaim in his hometown, which is known as a community wing of Limerick Football Club and has since replaced the original work started by Arsenal FC in the city.

“Whenever I'm back in Limerick, I give a hand with Reclaim. The work they are doing for young lads in the city is absolutely amazing.

“For me, I was only 18 when I started the programme and it certainly gave me a completely different outlook on life,” explained Evan.

From signed jerseys to personalised football boots, it’s not just vivid memories that Evan will be taking home from his time in Greece as he looked back on his journey since enrolling in the Reclaim programme.

“I recently coached Rabiot for a week and he found out it was my birthday, so the next day he arrived with a pair of signed boots,” said Evan. 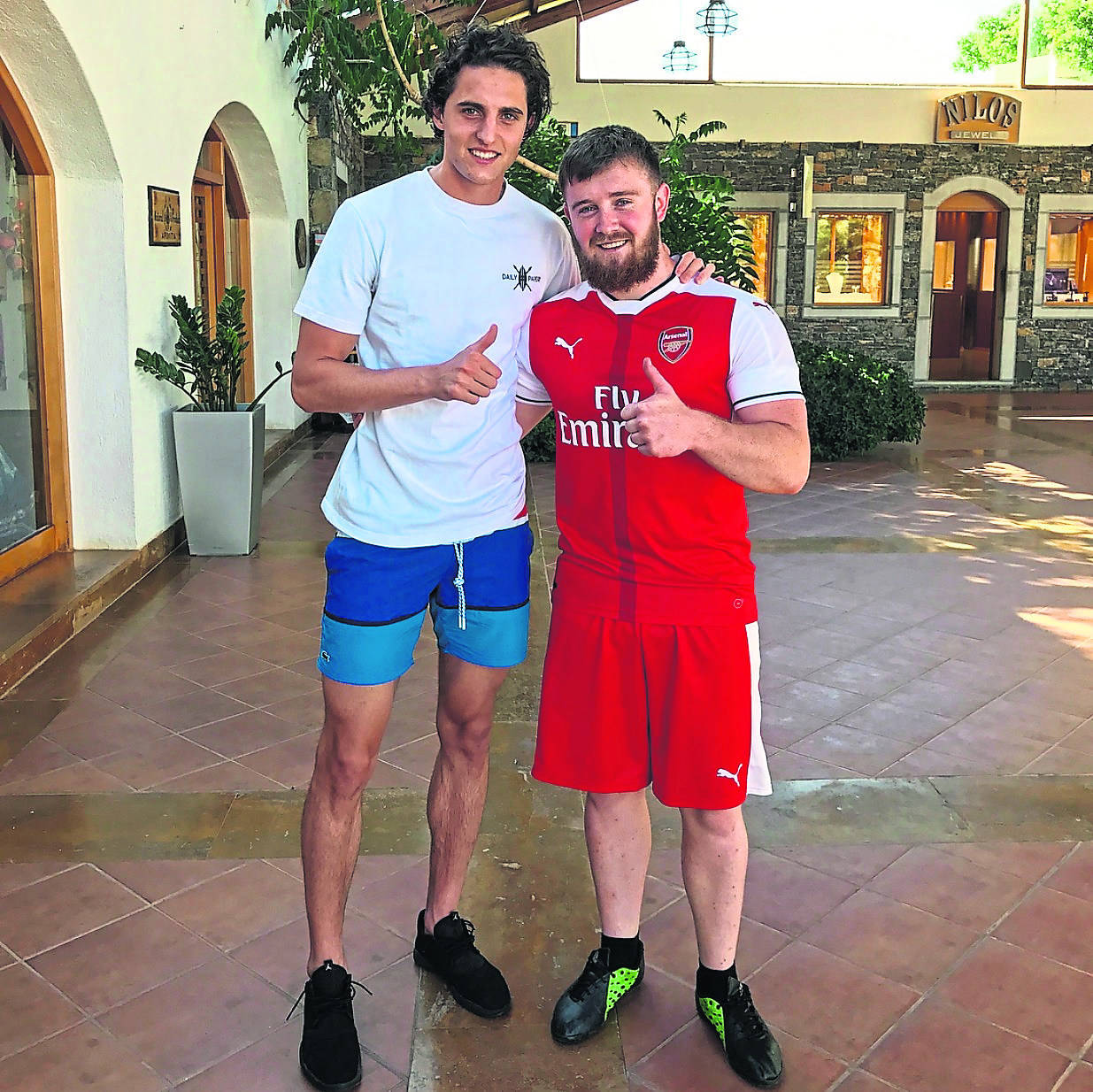 “When I met Zidane, I actually couldn't speak. He was one of my heroes growing up,” he explained.

Limerick FC chairman Pat O' Sullivan has praised the progress made by Limerick youngster Doran and says that Evan’s success is “an example of the work being done by Reclaim which has provided a pathway in life for young people.”

Limerick businessman O’Sullivan added that his decision to invest in Limerick FC was not only motivated by the desire to keep senior soccer in the county but to use the club “as a tool to deal with anti-social behaviour and a way of using sport to connect with our young people.”

“These are young people that are not given a chance by mainstream society so they are now given the opportunity to fulfil a dream and ambition but we do expect the participants to meet us halfway,” explained Mr O’Sullivan.

The soccer club chairman wished to add that “80% of Reclaim graduates go on to attend college,” and that the programme has given young people from disadvantaged areas in Limerick an “opportunity to better themselves."

Following on from the success of the Arsenal programme, Reclaim was set up in the city under the guidance of Barry Lynch helping participants to use sport to “effect social change”.