Controversial comments cause sparks to fly at the Adare Rathkeale meeting 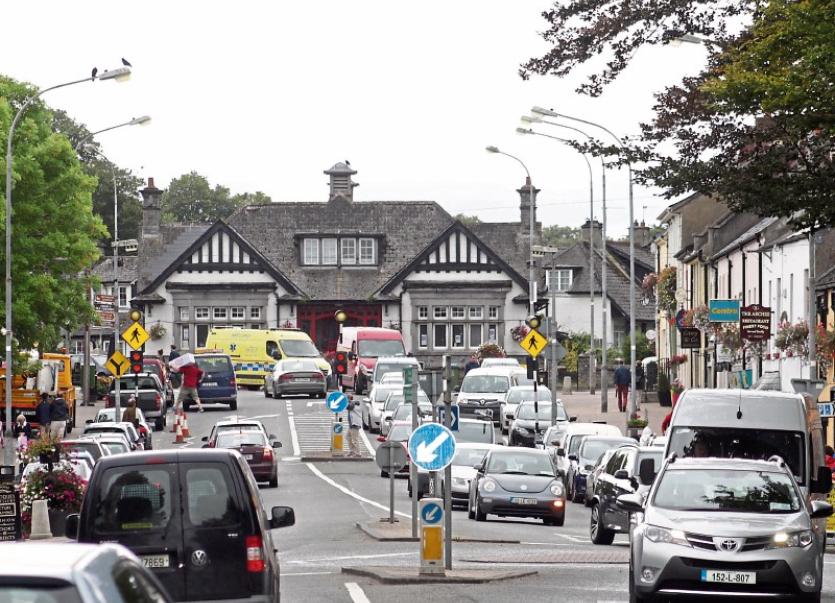 IT COULD have been the humid atmosphere, or the prospect of a few weeks off that caused what seemed like months of tensions to bubble to the surface at a west Limerick council meeting this Tuesday.

No holds were barred at the Adare Rathkeale monthly municipal meeting –  the last one before September.

It started well, with one and all congratulating Cllr Stephen Keary on his election as Mayor of Limerick City and County since last month.

Cathaoirleach Cllr Richard O’Donoghue was quick to tell other members to get to the point, unless they wanted to be there until tomorrow.

The Askeaton arts group spoke of a noble effort to seek funding to buy an arts centre. With the support of Fianna Fáil Cllr Kevin Sheahan, the group had pinpointed a suitable Askeaton property currently on the market.

Then, it transpired that Cllr Sheahan is one of the auctioneers selling the house in question.

“I have a reservation,” said Independent Cllr Emmett O’Brien.

“I am fully supportive of the project. The difficulty I have is this. A councillor who is an auctioneer has proposed a delegation to come in, is proposing for a property to be bought, while being an auctioneer in the sale of that property. I am very uneasy about that. He presumably stands to have a financial input on the transaction. Does that present a conflict?

“This is not a personal attack,” added Cllr O’Brien.

But Cllr Sheahan struck back: “I have made it quite clear in recent times to the owner of the property that if this were to happen, I would have to make a public statement withdrawing totally from the sale, other than to introduce the purchaser to the vendor.

“The most I wanted out of it financially was that I would get a cup of coffee on the day we would shake hands on it. I have a track record – second to none! I’m here a long time in the council, and I have never allowed my own personal life to interfere in any way with commercial activity, where public money is involved,” he said.

Sinn Féin Cllr Ciara McMahon admitted that she winced when Cllr Sheahan announced his position as auctioneer, but said she had “full faith” that he would step back if needed.

Last month, the members rallied for the reinstatement of weekend street cleaning in tourism hub Adare, but were told that the budget for it wasn’t immediately accessible. During the month, a post appeared on Facebook – it’s understood to have been one by Cllr Emmett O’Brien – announcing that it had in fact been reinstated. This week, Cllr Teskey moved to provide the same level of cleaning to all the district’s towns, in the interest of fairness.

“When I was first co-opted to the council, I made representations to everyone on the council executive with regards to the street cleaning in Adare,” said Cllr Teskey.

“I was disappointed to find out from a member of the public who rang me up, to question the way in which I make representations for them, and to say that I ultimately failed in what I had done. I would like to stress to the people of Adare that I do represent them. I went down every avenue I could go down, but obviously, some other councillor’s representations are dealt with at a higher level than mine,” added Cllr Teskey with a sting.

“I don’t find it a laughing matter at all, Cllr O’Brien,” he said crisply, “but I am glad to see it’s reinstated.”

Cllr Sheahan said: “I want to know why it was up on Facebook by one councillor before I and others were notified of the decision to change what we had reviewed at the meeting. Am I some kind of councillor who would be told second hand, or find out on Facebook?

Cllr O’Brien said that the motion “is not about personal egos”.

“It’s really about working for the constituents who elected us – well, who elected five of us at least,” he said curtly.

Cllr Teskey said: “I was democratically elected by the Fine Gael party, to replace Deputy Tom Neville in this council, and I will be working in harmony with my party colleague Stephen Keary at the next election.”

Cllr McMahon said that she is “not getting into the pettiness of this”, telling the others to “move on”.

“There are more important things going on in this district.”

But Cllr Kevin Sheahan said that “it’s easy to be told to move on”.

“But I’m not going to sit here and be called names in the meetings, outside the meetings. The latest one is ‘that fat effer’, and it is used regularly by a particular councillor,” he said.

Amidst all of that, the six councillors thrashed out ideas to reduce the litter problem in the district.

“If takeaways were closed at a normal hour, it might help with the situation,” said Mayor of Limerick, Stephen Keary – a suggestion which could surely lead to some dismay for those who are partial to a bag of chips after a night at the local watering hole.